Each hero can only equip 1 Hero Relic, which will enhance the hero's abilities. Some Hero Relics may have certain requirements that must be met before they can be equipped.

Some Hero Relics can equip Hero Memories, which further enhance your hero's combat power. The slots required to equip them are random and are related to the level of the Hero Trait.

How do I get the New Heroes and Hero Traits in the new Season?

The new hero Cateye Erika can be unlocked after purchasing the Season Pass which will be unlocked at level 1. In the next season, you can purchase this new hero directly using the Primocryst. In the season after that, you can redeem this new hero using Hero Emblem which can be acquired freely through in-game activities.

The hero traits Charge Calling and can be purchased directly in season 2 using the Primocryst. It will become redeemable in the season 3 using the Hero Emblem.

We’ve been treating heroes as one of the most important features in Torchlight: Infinite, this is also the biggest difference between Torchlight: Infinite and other ARPGs. Hero Traits are the first choice Hunters need to decide on after they step on Leptis, to further improve the combat styles that come with the Hero Traits and add more details to heroes’ background stories, we decide to introduce a brand new “Hero Items” system to the new season.

In the new season, your Hero Trait can be equipped with one Hero Relic. In terms of story design, it is a supplement to heroes’ settings and background stories. And in terms of feature design, it contributes two affixes closely related to the Hero Trait.

For example, Carino’s Hero Trait Lethal Flash has an exclusive Hero Relic called “Tina’s Withered Flower”. Tina was Carino’s most respected mentor, but she ended up being infected by Aember and turned into an Agito, so the withered flower represents Tina’s regrets. Meanwhile, both affixes of the Hero Relic—Projectile Quantity and Reloading Speed —can significantly improve Lethal Flash. 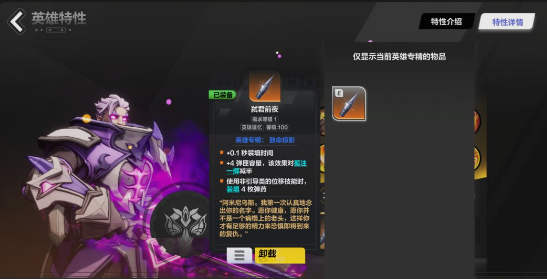 In terms of acquisition, as an important part of hero development, Hero Relics and Hero Memories are both battle drops and not related to any paid content. Powerful Legendary Hero Items have to be obtained from the gameplay of the new season just like what’s shown in the screenshot. Legendary Hero Items come with more unique affixes but are also more precious.

An ordinary Hero Relic usually has 1 to 3 slots. Some rare Legendary Hero Relics, such as Heart of Ethereal Realm, can be applied to any Hero Trait and offer 4 to 5 Hero Memory slots. 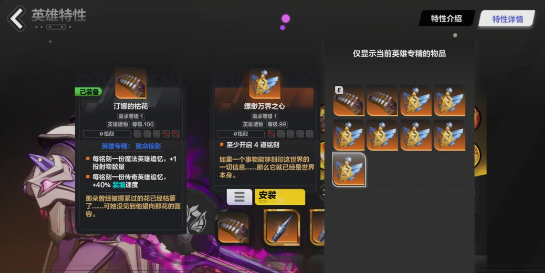 Some other rare Legendary Hero Relics, such as Chaotic Oracle, can also be applied to any Hero Trait but will bring other types of improvement. 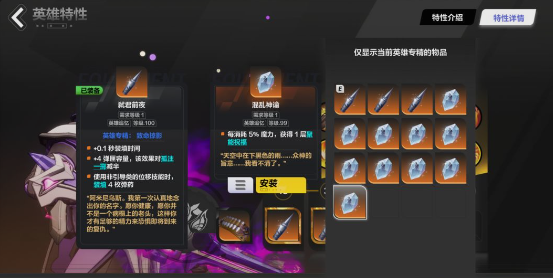 That’s all there is to know about the season’s gameplay and the new system’s Hero Items. We are currently undergoing frequent testing and adjustments in order to bring a new gaming experience to hunters when the new season starts on January 12.