Wind Stalker is the hero trait of Cateye Erika. It specializes in rapid movement in combat dodging attacks and giving enemies the lethal blow. All the features will bring you a great battling experience. 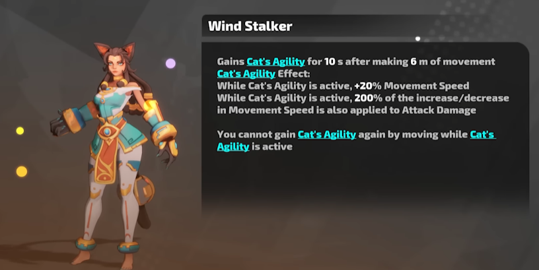