Act nine is Path of Exile’s ninth storyline act, and the fourth act of Part Two. In this act, the exile returns to Highgate, whose waters run red with the blood of the slain Beast. Sin’s plan for defeating Kitava involves waking a Dark Ember from the corpse of the Beast, as it was the Beast that kept the gods sleeping over the eons. Like elsewhere, one of Highgate’s residents has been enthralled by a god. Here it is Kira, who has kidnapped Oyun as a sacrifice to Garukhan. In the power vacuum that follows, Irasha and Tasuni vie for leadership. Act 9 covers monster levels 61-64.

Highgate (Act 9) is the town for Act 9 and is connected to The Blood Aqueduct and The Descent. Like all towns, it has a Stash/Guild Stash, Noticeboard, Event Noticeboard, and Waypoint. 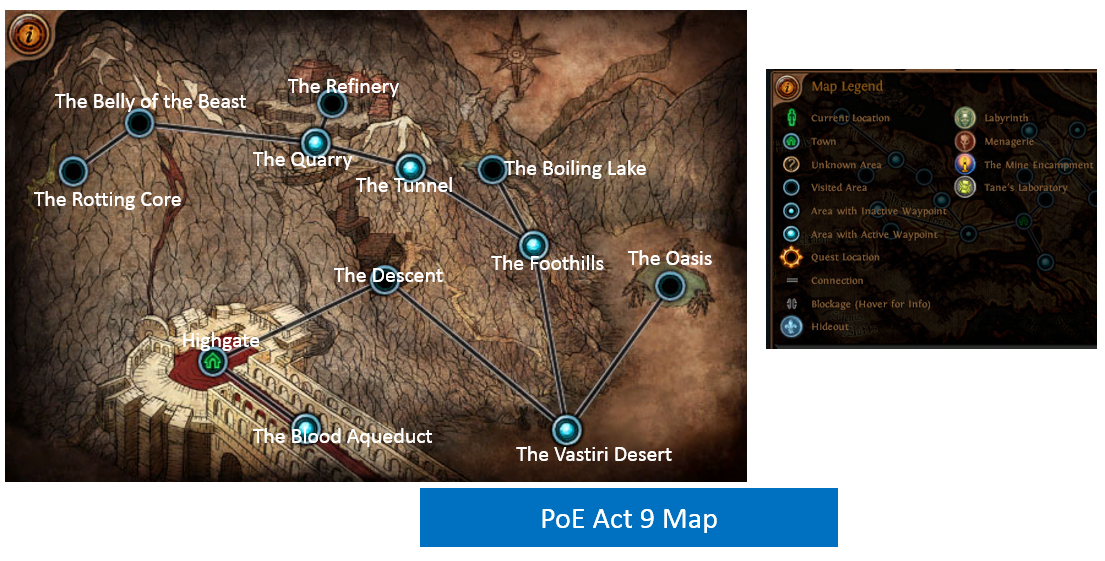