Act 3is the Path of Exile’s third storyline act. In this act, the exile visit the ancient city of Sarn, capitol of the Eternal Empire. The city is inhabited by undead and Blackguard soldiers from Oriath. Dominus and Piety perform gruesome experiments in their laboratories, trying to unlock the power of the virtue gems. Act 3 covers monster levels 23–33.

The Sarn Encampment is the town for Act 3 and is connected to The City of Sarn, The Slums, Sarn Arena, and Aspirant’s Plaza zones. Like all towns, it has a Stash, Noticeboard, and Waypoint. 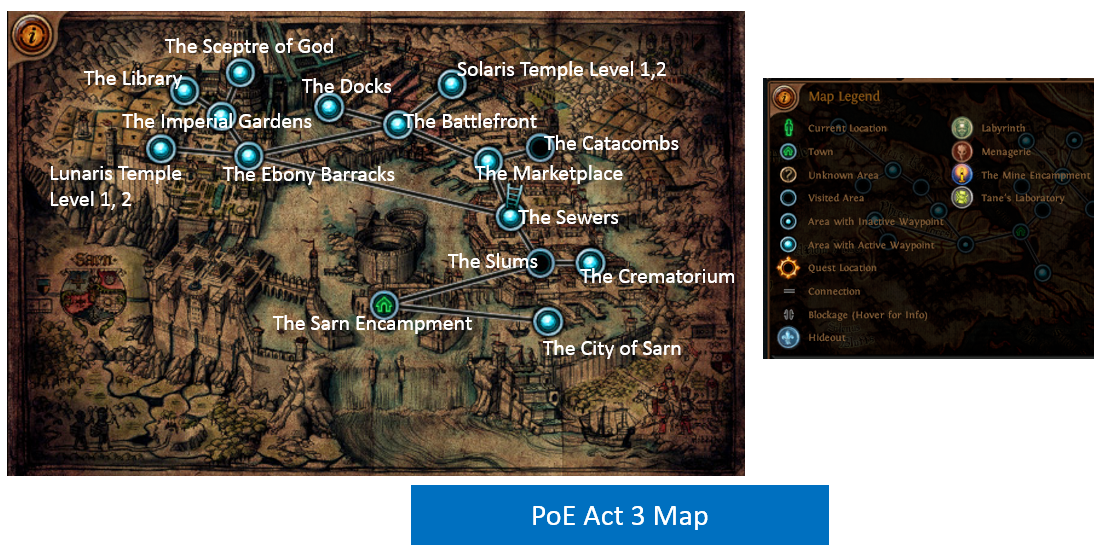