Act 1 is Path of Exile’s first storyline act, taking place on the shores of Wraeclast. In this act, the exile washes up and makes to a settlement before pushing on to discover what lies beyond. This includes Axiom Prison, where Brutus guards, and Siren’s Cove, where Merveil lures sailors to their deaths. Act 1 covers monster levels 1–13.

Lioneye’s Watch is the town for Act 1 and is connected to The Twilight Strand and The Coast. Like all towns, it has a Stash/Guild Stash, Noticeboard, Event noticeboard and Waypoint. 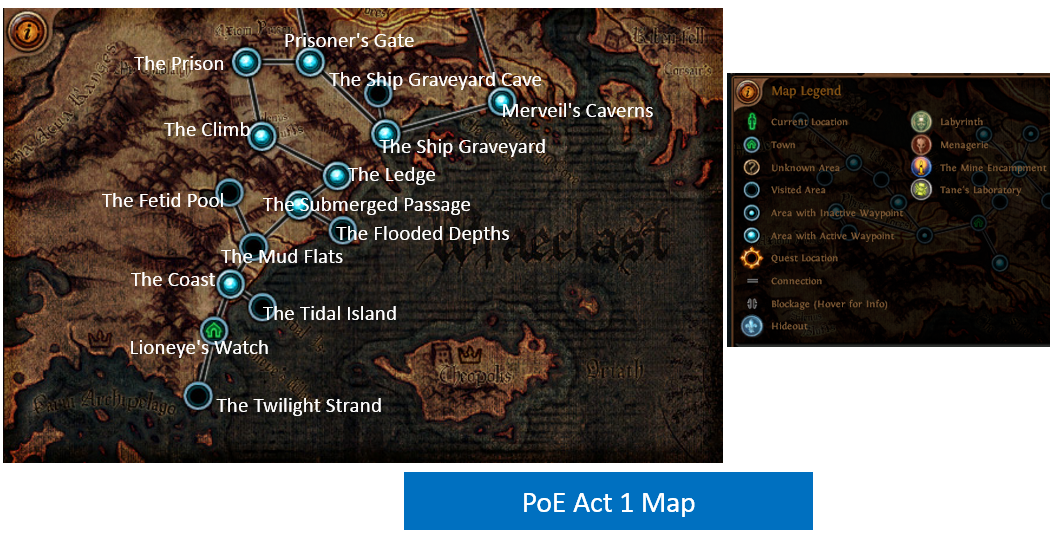 Wraeclast is pretty big, and is full of places you'll want to visit and revisit. To help you get around, the land is dotted with 'Waypoints' which let you quickly travel to destinations you have previously visited. To use a waypoint, activate it and select where you would like to travel. You can only travel to waypoints you've activated previously, so it is always worth activating new waypoints when you come across them. 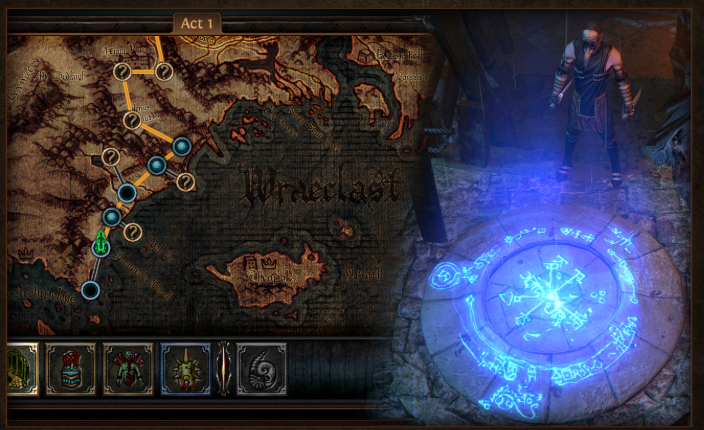 When you click on a waypoint, the panel that pops up is called the World Panel. It doesn't just show your waypoints, however; It also displays every area you have previously visited, as well as some connected areas you haven't been to yet. Your quests are listed below the map, and by selecting one you can highlight the path that you need to follow to complete it.

Because areas in Path of Exile have varying degrees of random generation, you may not always recognize the layout of an area, even if you've been there several times. The minimap or map overlay may also be different and will need to be revealed again. This may take some getting used to, but it means no two playthroughs are exactly the same.