Act Six is Path of Exile’s sixth storyline act, and the start of Part Two. After failing to prevent the reawakening of Kitava, the exile has fled Oriath and now returns to the relative safety of Wraeclast. The exile relies on the guidance of divine Sin, who initially suggests claiming Shavronne’s soul from Axiom Prison. While they reencounter some familiar faces along the way, the exile must also confront a reawakened Karui god and finally go in search of The Brine King. Act 6 covers monster levels 45-50.

Lioneye’s Watch is the town for Act 6 and is connected to The Twilight Strand and The Coast. Like all towns, it has a Stash/Guild Stash, Noticeboard, Event noticeboard and Waypoint. 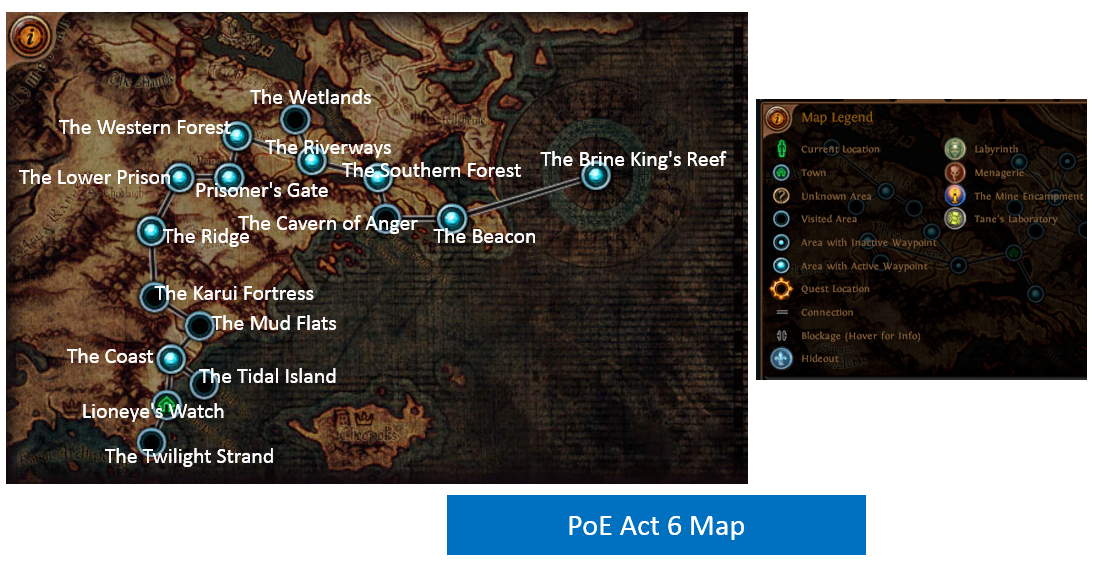