Act Eight is Path of Exile’s eighth storyline act, and the third act of Part Two. In this act, the exile returns to the Sarn Encampment in search of Doedre Darktongue, who has taken up residence in the city’s sewers. Solaris and Lunaris, the city’s matron gods, have awoken and started to battle. Maramoa requests the exile do something before the fighting endangers the encampment. Tolman has risen in an undead form, and Clarissa seeks to revive him fully. Grigor has returned to his home of Ezomyr in search of a cure for his deformities. Act 8 covers monster levels 55-59.

The Sarn Encampment is the town for Act 8 and is connected to The Sarn Ramparts and The Toxic Conduits. Like all towns, it has a Stash, Noticeboard, and Waypoint. The encampment is built on the ruins of the Sarn Arena, at the southern edge of the city and surrounded by a large body of water, as a refuge for the few exiles in the region. 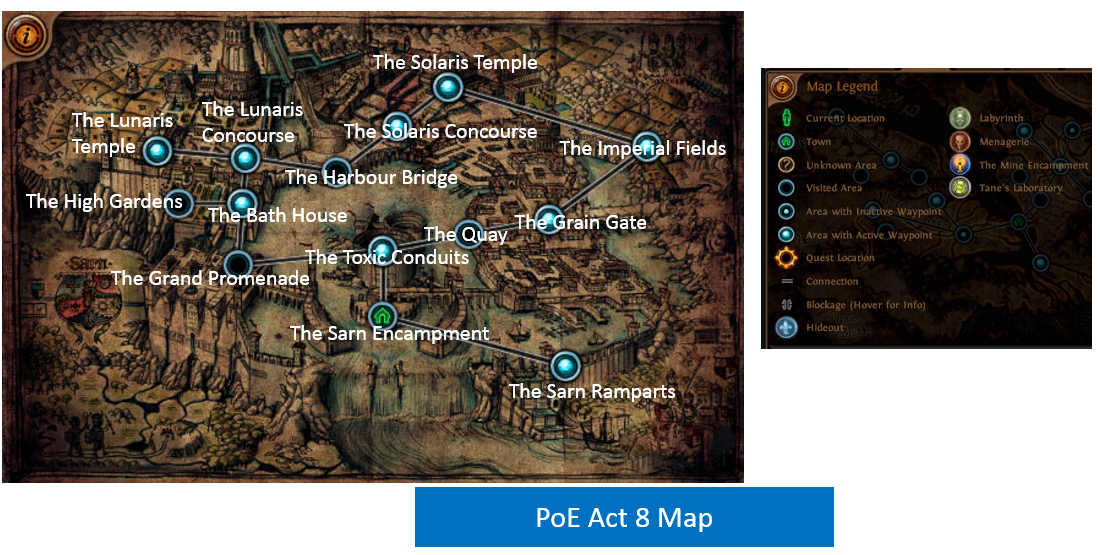