Act 4 is Path of Exile’s fourth storyline act. In this act, the exile travels to Highgate, a former Empire mining city that is now inhabited by a band of Maraketh. They guard the mountain where Sekhema Deshret sealed the Beast after it destroyed the Eternal Empire. The Beast now stirs and its master, Malachai, hopes to remake the world in the image of Nightmare. Lady Dialla seeks the exile’s help to destroy the Beast permanently. Act 4 covers monster levels 33–40.

Highgate is the town for Act 4 and is connected to the Aqueduct, the Dried Lake, the Mines Level 1 and The Ascent. Like all towns, it has a Stash/Guild Stash, Noticeboard, and Waypoint.

Master:: Niko, Master of the Depths 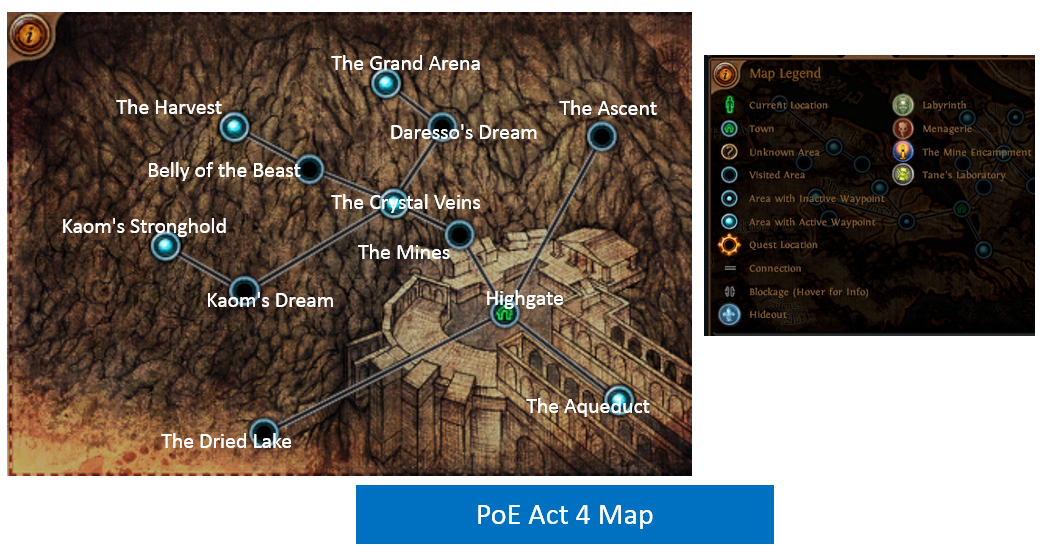