The Perfect Storm is a new Atlas Keystone Passive Skill. It is for fighting the Uber Sirus. The fight is extremely difficult, so only attempt it if you have a very powerful character.

How to get Conqueror Maps?

Conquerors, also known as Elderslayers, are five end-game bosses of the Conquerors: (Al-Hezmin, the Hunter), (Baran, the Crusader), (Drox, the Warlord), (Veritania, the Redeemer), (Sirus, Awakener of Worlds (the final Conqueror)).

Cartographer’s Chisel improves the quality of a map. The maximum quality is 20%.

Talk to Zana to open six portals into the Citadel. There, kill Sirus, Awakener of Worlds 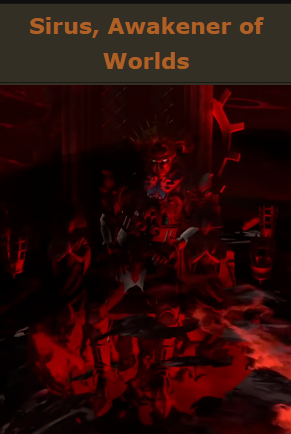 Sirus’s arena contains multiple huge Deatomization Storms, which deal massive physical, chaos, lightning and fire damage over time to anything touching them. Around Sirus is a large animated ring which indicates a safety zone which pushes out the storms.

Sirus will also have his projection attack the player occasionally (except in his last phase).

Conquerors of the Atlas

When exploring a map, there is a chance that one of the Conquerors of the Atlas, Al-Hezmin, the Hunter, Veritania, the Redeemer, Drox, the Warlord, and Baran, the Crusader, appears and spreads influence over the Atlas region. Whenever a Conqueror appears in a map, they will occupy the Atlas region and add packs of special influenced monsters to the map whenever they appear. After their third appearance, you can speak to Officer Kirac to locate their Citadel, then talk to Zana to open a portal to their Citadel, a normal map within the Atlas region. Once you defeat the Citadel’s map boss, a portal leading to the Conqueror’s arena opens up, where you can fight the Conqueror themselves. Each Conqueror will drop a Watchstone on defeat, which you can slot in a Citadel to upgrade all maps within the region to higher tiers and possibly reveal new ones.

Influenced monsters and the Conquerors have a chance to drop Influenced items, special item bases which can roll mods unavailable to regular items.