How to use Timeless Maraketh Emblem in PoE

Timeless Maraketh Emblem is an 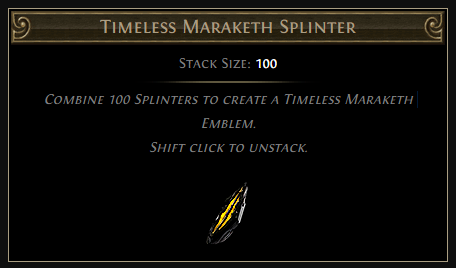