How to use Timeless Templar Emblem in PoE

Timeless Templar Splinter is a poe currency item. Combine 100 Splinters to create a 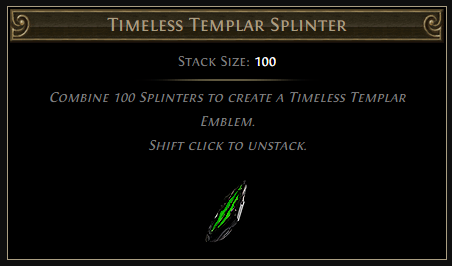