Portal Scroll is a common currency item that instantly creates a portal when used. The skill gem

Portal is the spell version.
These both create a portal to the current area’s town. For

Portal Scroll, right-click on this item to use it. For

Portal Gem, place into an item socket to gain this skill. Per 1% quality of

How to get Portal Gem?

You can get this gem by killing monsters. Where does

Portal Gem drop? There has not a specific location where they can drop.

Currently, there is no recipes for 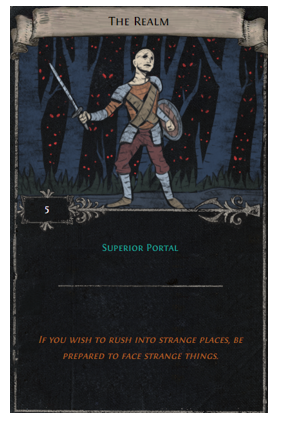 Chaos Orbs for it with other players. The price of a PoE

Chaos Orb. The price of

Portal Gem is equal to either 4

Orbs of Alchemy. The following is the price list.

Portal is a spell that performs the same function as a

Portal Scroll, creating a portal to the current act’s town.

Portal is a colorless gem and can be placed into any item socket.

Portal does not gain any experience and therefore cannot level up.

Faster Casting is a support gem that increases the cast speed of linked spells.

It is possible to gain an additional level on a

Portal gem by corrupting it with a

Vaal Orb, and the gem can also have its level temporarily increased by items or

Empower Support. However, increasing the gem level has no effect. A Level 2, or even a level 10 = Nothing.

Portal Scroll is usually recommended unless a player is using the

Portal Scrolls to go in and out of town, to immediately refill flasks and heal to full while in the middle of combat. However, this strategy has limited value in a map since the number of portal trips is limited to six. Because

Portal Scrolls are quite common, it is typical for players to use

Portal Scrolls more slowly than the rate at which they drop.
For Labyrinth, you cannot use Portal Scroll or Portal Gem.

Portal Scroll has a downgrade recipe for

Scroll of Wisdom. When you have a

Portal Gem, you will not need

Portal Scroll any more. Then, you can vendor all

Portal Scrolls in exchange for Scrolls of wisdom.

Exchanage Orb of Transmutation from Vendor

Nessa lives in Act 1 and sells an

Orb of Transmutation for 7

Portal Scrolls. Meanwhile, you can buy one

Portal Scroll from Nessa(Act 1) with 3 Scrolls of Wisdom.

There is no hotkey for

Portal Scroll. However, you can get a

Portal Gem, and put it as a skill. You can then use hotkey to activate the

Player-created portals can be used to travel to town unlimited times by any party members. However, it will disappear once the creator uses it from the town-side. Other party members can use the town-side portal unlimited times. Portals will automatically disappear after the instance they are linked to has expired. The expiration time for instances is 8 minutes for normal instances and 15 minutes for “hub” instances (instances that lead to more than one instance, eg. Mud Flats which leads to Fetid Pool and Submerged Passage). A portal will not expire as long as the instance it is linked to is prevented from expiring (eg. a player stays in it).

How To Get Portal Scroll in Path of Exile?

Portal Scroll is a common currency item that instantly creates a portal when used. You can get

Portal Scroll by these ways: