Lethal Pride is between 10000 and 18000. Each Timeless Jewel alters passive nodes within its radius based on its seed. The number on the mod is the seed that determines what the minor and notable passives will transform into, while the name determines which passive a Keystone in radius will transform in to. Using a

Divine Orb will reroll the seed and name.

As the example is shown below, the Lethal Pride seeds are 14476. The name is Kaom. It will transform Keystone passives into the new "Strength of Blood" Keystone passive.

It adds +2 or +4 Strength to minor passives.

It adds modifiers to notable passives.

The following is an example for "Dynamo" notable, it adds a new mods: +20% to Fire Resistance.

Tip: Each modified keystone can only affect you once - identical keystones do not stack.

You can only equip one unique Timeless Jewel at a time. 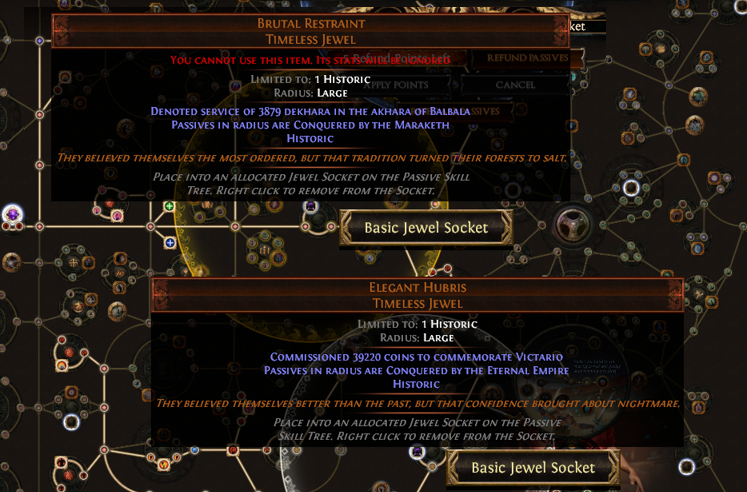 8. How to get Lethal Pride?