Albino Rhoa Feather is a currency item with no known uses. The drop level is 1.

How to farm Albino Rhoa Feather?

Albino Rhoa is a very rare type of Rhoa which occasionally spawns in The Mud Flats. Unlike regular Rhoas, it does not attack the player but instead runs away from them. When killed, it drops a single 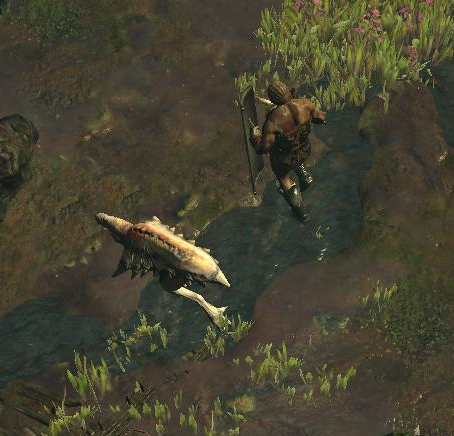 Perandus chests are small golden chests with a cylindrical shape. They cannot be encountered normally, and are only found using the Perandus modifier in Zana’s map device and in 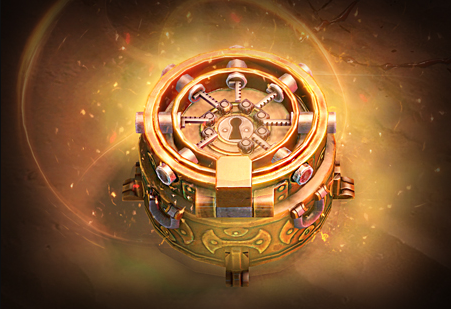 The chests are guarded by packs of golden monsters and occasionally, unique chest guardians. The chest will revive slain guardians, eventually unlocking after reviving a certain amount of monsters or defeating the unique enemy guardian. chest may also cast an effect while locked.

Once the chest is unlocked, its guardians will gradually disappear, even ones that aren’t slain. Whatever effect the chest might provide will also be disabled.

When the chests are opened they drop loot and Perandus Coins that could be used to purchase various items from Cadiro Perandus.

Swift, aggressive, hungry, deadly. The rhoas of Wraeclast are all these things and more. These hulking flightless birds are ruthless predators, hunting in packs to bring down larger game. When they have their enemies cornered, they rip them to shreds with their razor talons and serrated, toothy beaks. Their natural attraction to bright, shiny objects draws them to the glistening eyeballs of their prey. Do not take their gaudy plumage lightly, rhoas are dangerous foes.

The exact origin of the rhoa is unknown, but tales abound that they are the creation of a child god at play. After all, they combine the features of a great, four-legged beast from the plains with those of a magpie. When engaged from afar, rhoas use their powerful legs to rapidly close the distance on their enemies, charging in to deliver a massive impact that can stun, knock back or kill. They’re equally vicious up close, using their wickedly sharp claws to disembowel and cripple. It is said that a deep wound from a rhoa will never heal, so be wary if you see their nests among the trees. They are extremely territorial, and will fight to the death if disturbed.

The rhoa is based on the real-world moa, a large flightless bird native to New Zealand and now extinct. Their name is a combination of “rhino” and “moa”.