Infernal Cry was previously known as

Abyssal Cry and has received a full rework. GGG aimed to keep its old features while providing some new exciting ones to refresh its appeal.

It covers enemies in ash, a debuff that scales with the power of nearby enemies. It also causes enemies that are affected by this debuff to explode with fire damage when they are slain.

It also exerts your next few attacks to trigger Combust when hitting an enemy. Combust is a triggered Area of Effect attack skill granted by the Infernal Cry gem. It scales with attack damage modifiers and can benefit from your supports. 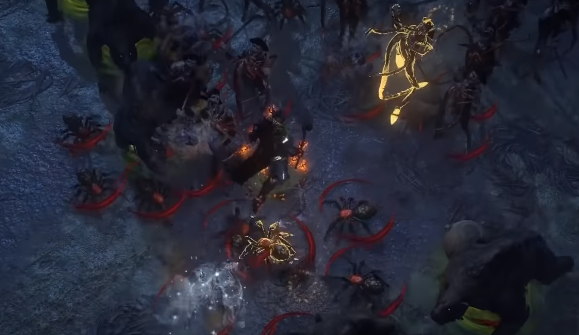 Infernal Cry is an

For Marauder players, after completing Lost in Love(Act 3) quest, this gem is given as a quest reward.