In Path of Exile: Echoes of the Atlas, you’ll gain even more control over your end-game Path of Exile experience by specialising each region of your Atlas with its own passive tree, crafting Watchstones to refine your rewards, selecting up to ten map bosses to face simultaneously and challenging the Atlas’ new pinnacle boss: The Maven. 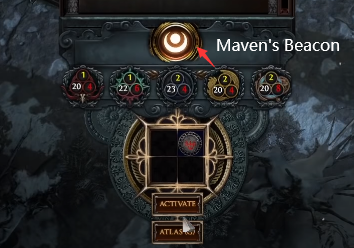 After killing the last boss in the region observed by The Maven, she will drop an invitation. Pick it up.

The Maven's Invitation is a map fragment, so add it into your Map Device and run it. 6 portals will open into The Maven's Crucible. Enter it to begin The Maven's Challenge.

The Maven's Invitation map fragments only drop when you kill the required number of map bosses for The Maven, while the Maven is observing the map. If you have already captured 10 bosses and haven't yet received an invitation, you should receive a guaranteed invitation drop upon your next boss kill within that region.

Each Invitation has 5 tiers. The first 4 tiers are untradable quest items, and the 5th tier is a tradable map fragment. The area level is scaled by the number of bosses, as shown in the table below:

You can get a total of 10 Atlas passive skill points per region.

The Maven's Crucible can only be accessed using the "Maven's Invitation" map fragments. It is a boss arena where players fight multiple captured bosses simultaneously under the observation of The Maven. Completing the Crucible awards players with 2 skill points for their Atlas passive skill tree. The Crucible also provides The Maven's Gift which allows players to assign their skillpoints. 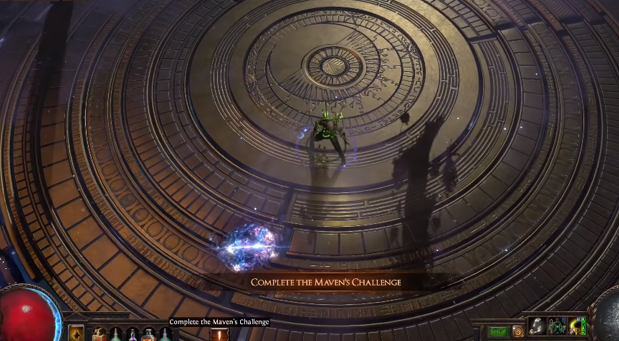 The Maven really wants to push you to your limits, and has fabricated copies of the bosses she watched you defeat. This time, however, you’ll have to defeat them… simultaneously. If you manage to best her challenge, she’ll, politely ask you to do the whole cycle again. Except this time she wants to watch more, and tougher, fights, and her next challenge will contain four bosses. Then five, then six, and finally, ten. If you’re persistent and talented, you may even get to fight the Maven herself, in a very difficult boss encounter designed to challenge the strongest and best Path of Exile players.

5. Fight The Maven herself

The Maven’s Writ is a map fragment. It is required to fight The Maven herself.

Open a portal to Absence of Mercy and Empathy by using

The Maven’s Writ map fragment in a personal Map Device.

How to get The Maven’s Writ?

The Maven’s progression is not tied to Sirus/Watchstone progression. After your first encounter with the Maven, you can call her to witness map boss kills using her beacon on the map device. Her presence makes the boss more difficult.

From time to time, you will be invited to the Maven’s arena to fight an escalating number of bosses in the arena (3, 4, 5, 6 and 10). The 10 boss fight is repeatable and can be farmed. After the 10 boss fight, you may have the opportunity to fight the Maven herself.

The progression is on a per region basis with each successful fight in the Maven’s arena awarding two passive points which can be allocated to the Atlas Tree for that region.

6.2 The Maven in party play

If you invite the Maven to witness a boss fight and complete that fight with other members of your party, they’ll also be counted as having completed that fight. You can also take on the bosses simultaneously with a party, but the success of that fight is awarded to the instance owner.

6.3 Capture bosses for use in The Maven’s Challenge

When you enter a map, you can click the Maven’s Beacon on the map device to summon her to witness your fight. If you’re successful, this boss will automatically be counted as witnessed. Once The Maven has witnessed enough boss fights in that region, an item will drop that allows you to travel to her arena to fight those bosses again.

The Maven’s storyline exists in parallel with the Conqueror’s storyline. Lorewise, the Maven is an Eldritch entity and more of a continuation of the Elder storyline, which is separate from Sirus and the Elderslayers. 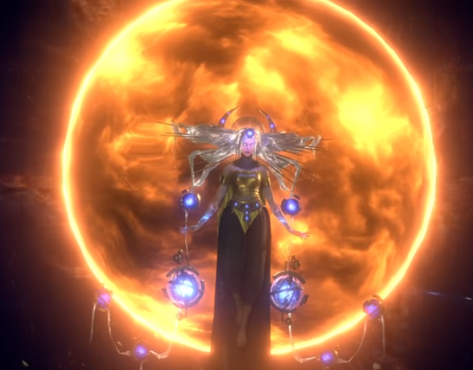 6.5 The difficulty within The Maven’s arena fights

The first invitations are quest items to progress through the increasing number of bosses you are fighting in her arena. After you have first completed the 10 boss fight, you have the chance to receive invitation items which can have mods and are craftable, allowing you to scale the difficulty of that fight. You cannot have duplicates of the same boss in the Maven arena, and the bosses are scaled to a fixed monster level based on the number you’re fighting at once.

6.6 Is the Maven blocking natural master missions from spawning?

The answer is no. It appears to just be a streak of bad luck for some players.