Complete Mastermind at an area level of 83 Deadly Encounters 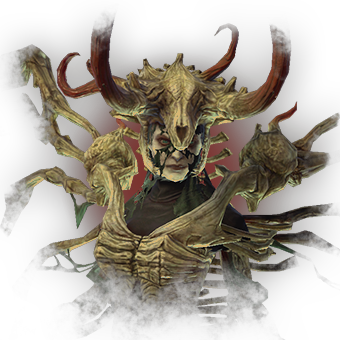 Mastermind at an area level of 83

Jun, Veiled Master will open up a portal to the Mastermind’s Lair where you will meet Catarina, Master of Undeath. The zone level will match the highest level Safehouse you have completed.

Complete Mastermind at an area level of 83 Deadly Encounters

The fight starts off with basic attacks. Once she has taken some damage, she summons unique zombies to aid her. Once she has lost enough life, she will open a portal and flee to her safe house.

Hunt the Mastermind through the hordes of monsters with Jun to the The Sculpture Garden.

The arena is a square with four large totems in the corners and a sculpture in the center. Catarina will continue to use her attacks from the Forbidden Vault; after she reaches a certain amount of life she will turn to the center statue and heal herself, simultaneously releasing one of the the syndicate leaders to attack and distract you.

Once the leader has been killed she will move to the Blackflame phase where the statue in the middle also casts spells in a circular pattern. She will also start to charge up one of the totems in the corner which will make her immune to damage when the totem is ready. Attack her meanwhile until a marker beneath you appears, go to the totem and it will absorb your soul until it breaks. The totem releases a cloud that damages over time upon destruction. When the totem is destroyed the cycle repeats itself. All totems have to be destroyed to defeat Catarina.

At low life, she will start to summon a pack of volatile skeletons. Walk over them before they spawn to destroy them. If left alive, they will constantly chase the player slowly to explode on you.

There’s not a lot of monsters in this fight so there might be difficulties getting flasks recharged.