Achieve Ascension PoE – Use the Ascendancy Device in Labyrinths Locations

Use the Ascendancy Device in each of the following Labyrinths. 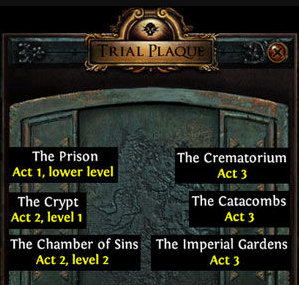 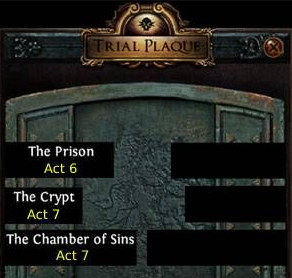 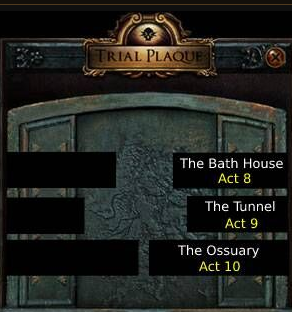 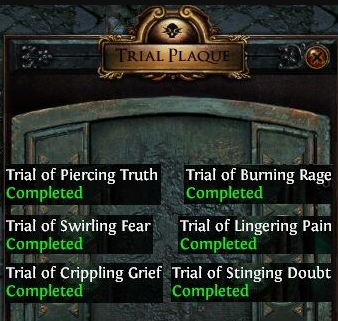 Cleaver traps are typically on narrow corridor paths, attached to the side. They consist of a large blade and wooden holding mechanism, and the blade slams down onto the corridor path every few seconds. They deal high amounts of physical damage on hit and apply a strong bleeding effect. Carefully time the blades and get through safely.

Spike traps shoot out of the ground in a square area, either via a timer or when its pressure plate is stepped on, taking 1/4 of the player’s effective hitpoints (including life pool and energy shield pool), apply bleeding, and locking them in place. Spike traps are impassable and block movement while they are out. 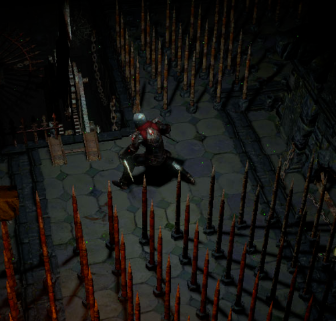 Sawblades run along a straight path, dealing a very large amount of physical damage over time on contact, enough to kill the player after one second of full contact. Sawblades can often be switched on and off with nearby levers.

Spinning blades follow a set path along the ground and deals a very large amount of physical damage over time, enough to kill the player after one second of full contact. Unlike sawblades, their paths go diagonally or take a turn. They can sometimes be diverted from one track to another by using activating levers.

Furnace traps periodically heat the floor with lava, dealing burning damage while standing over them, enough to kill the player after roughly four seconds (supposing the player has 75% fire resistance). Furnaces are often filled with cremators that spawn fire skeletons. These enemies do not take damage from the furnace. 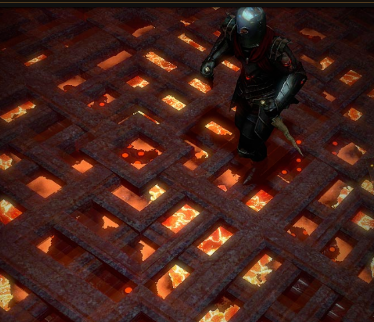 Blade sentries are very wide traps that move along set paths (either on the ground or flying above obstacles), dealing heavy physical damage over time, enough to kill the player after one second of full contact. They deal more damage the closer you are to the center. 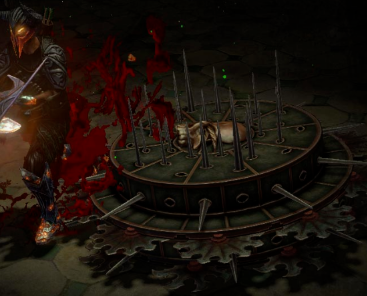 Dart traps are fixed on a wall or pillar, firing projectile periodically or when a hidden pressure plate is stepped on. They deal physical damage on hit and apply poison, as well as greatly slowing the player’s movement speed. 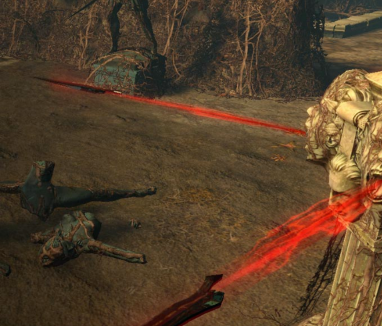 There are several variations of Sentinel Traps:

Sentinel traps are showcased in the endgame trials, which can randomly be found in maps. 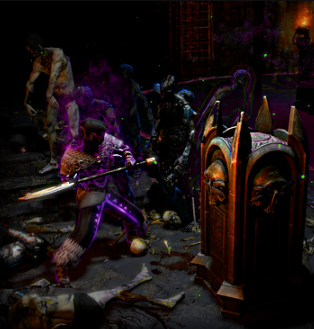 Argus is a boss monster found in the Merciless and Eternal Labyrinth. His location is constant within a given layout. Argus drops a Treasure Key on death.

Various other traps appear in the Labyrinth, such as vertically moving spinning blades (often guarding an entrance) and others.

The Dream Trial is a sealed prophecy.