Skill gems include active skill gems and support skill gems. First of all, you need to equip a skill gem into your item socket. Then the skill gem will grant you a certain ability. Your every skill comes from gems. Skill gems have levels and quality and it can increase the effect of the gem. There are many vendor recipes for skill gems.

Both active and support skill gems may have quality. Every skill is affected by quality differently, but frequently it somehow improves the damage dealt with the skill. Buffs and curses, obviously, do not have their damage improved. Even those that do have their damage improved will see different rates of improvement for a given amount of quality.

The effect of quality scales with the base quality effect, however, only whole numbers will be granted (and thus the effect will always be rounded down); for example 3% quality on a gem with 0.5% effect will only grant 1% effect and not 1.5% effect. Effects that have some degree of fractions naturally are rounded to their natural bases (i.e. seconds will be rounded to milliseconds, etc.).

It is possible to get a gem's quality above 20% through corruption, the use of Enhance Support and certain gear. 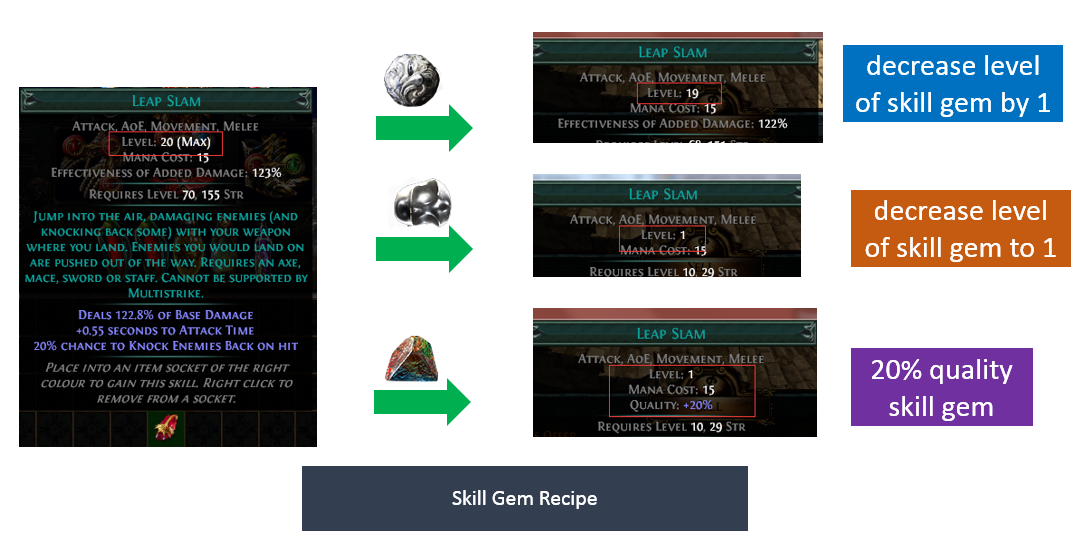 Sell any skill gem with a level plus an

Orb of Scouring to any vendor, the skill gem’s level will minus 1. For example, a level of 15 skill gem plus an

Orb of Scouring will exchange for a skill gem of level 14.

Orb of Regret to a level skill gem recipe, the level will reset to 1. Be careful, any level will be reset to level 1.

Orb of Regret is a PoE currency can also grant a passive skill refund point for a skill tree.

This recipe cannot apply for Corrupted skill gems as well. 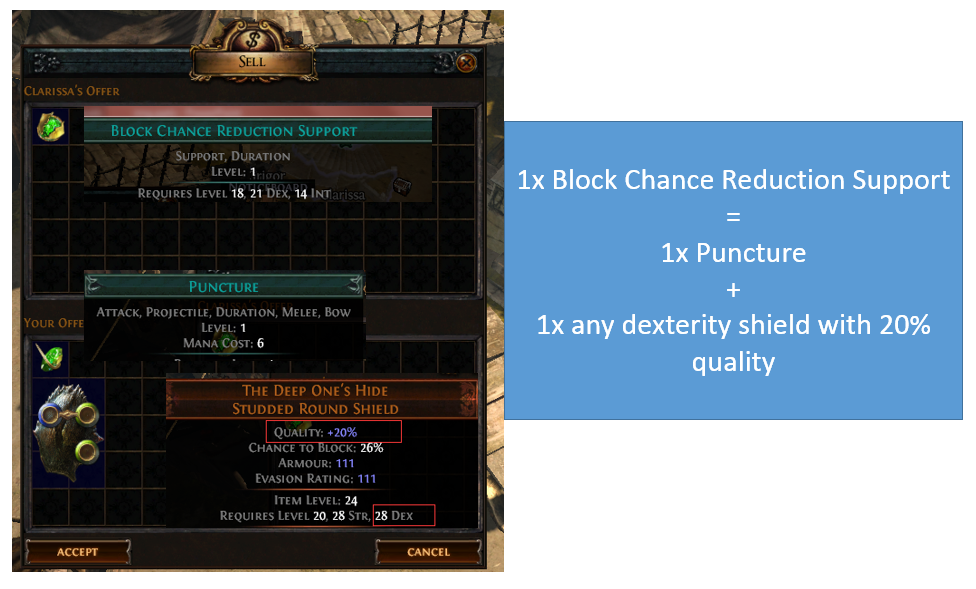 Block Chance Reduction supports any skill that hits enemies. This support gem can be only obtained by the vendor recipe. A

Blink Arrow is an attack that fires an arrow, upon reaching the destination you are teleported there and a clone is summoned at your previous location.

Mirror Arrow is an attack that fires an arrow, dealing damage and summoning a clone when it reaches its destination. The clone is a minion that uses the player’s bow and quiver.

You can purchase these two skill gem from Siosa(The Library, Act 3) or Lilly Roth(Lioneye’s Watch, Act 6). 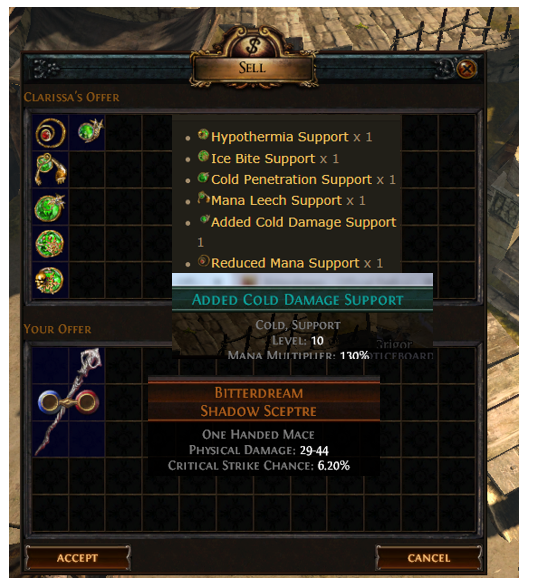 Bitterdream is a unique shadow Sceptre and 22% increased Elemental Damage. Sell a

Bitterdream to any vendor, you will get the following gems:

The Hungry Loop to a vendor returns any consumed support gems.

The Hungry Loop can consume up to four different support gems.

How to get Skill Gems?