Ammunition or ammo is the term used for expendable ordnance material used in charging firearms of all kinds; such as powder, balls, shot, shells, percussion caps, rockets, missiles, energy, etc. The purpose of ammunition is to project force against a selected target or area.

All ammo has weight in Fallout 76 like in the survival modes of Fallout: New Vegas and Fallout 4. This weight can be reduced with the appropriate perks which will reduce the weight of a particular type of ammo. The level of the player character determines how many and which types of ammo may appear in containers or on defeated enemies. However, there are certain types of ammo that will only appear at specific locations. There is plenty of ammo scattered throughout Appalachia, but if one has the caps and doesn’t feel like venturing out to find more, it can be purchased from both tradersand ammunition vending machines. Ammo can also be crafted at a tinker’s workbench with the appropriate materials.

Some types of ammunition can also be enhanced with ultracite. This makes it more deadly against enemies affected by the Scorched Plague. Ultracite ammunition can only be used by weapons which have been modified with a prime receiver.

The ammunition plant has a production rate of 83/hr. This means that it will tick every 43.37 seconds. The amount of ammunition produced depends on the type made. The current tick is reset when new ammunition is selected.

It requires 20 Power for it to operate. Generators can be built within the building itself to power the machine.

The munitions factory can be powered from Monongah power plant if the Powering Up Monongah quest has been completed.

In 2076, the U.S. Army Corps of Engineers under Colonel Myron Pollard inspected this Radiation King factory and took it over, converting it to a munitions factory while demoting its former supervisor to line work. The former supervisor soon realized that the ammunition crates being filled were all staying at the factory, and confronted Col. Pollard as to why they weren’t being shipped to the front lines in Alaska. Pollard paid him no mind and said they were simply stockpiling, which led the supervisor to conclude that the entire operation was meant to be a mere morale and economic boost.

Outside of the plant, there is a gated parking area filled with army vehicles. To the west is a Vertibot landing pad with a crate of Vertibot signal grenades. There are oil, silver, lead, aluminum and junk deposits here, though the most notable resource is the ammunition plant inside on the first floor. If it is powered up, the plant can produce a wide variety of ballistic and energy ammunition types by selecting the desired ammo on an adjacent terminal. Also on the first level, on the eastern side, is a generator room that has an armor workbench and a fusion core. The second floor holds the supervisor’s office, as well as a mostly empty break room to the east. Next to that is another room where the assembly line begins. The factory has a sprawling connection of catwalks, and if one walks along the section heading north and ascending to the third level, they will reach a small storage room with various explosives and a weapons workbench. On the other end of the building is another office that is locked by a terminal. Above that office is a platform with various containers and a sledgehammer on top of a desk. On the factory’s roof, there is a small building that can be accessed with console and file cabinets inside. Littered throughout the roof are holes that can be jumped into to re-enter the factory.

U4GM is the best place to buy Fallout 76 Items and Fallout 76 Caps in PC, PS4, and Xbox One. U4GM offers you cheap prices with coupon code “Z123” for buying Ammo and other items. 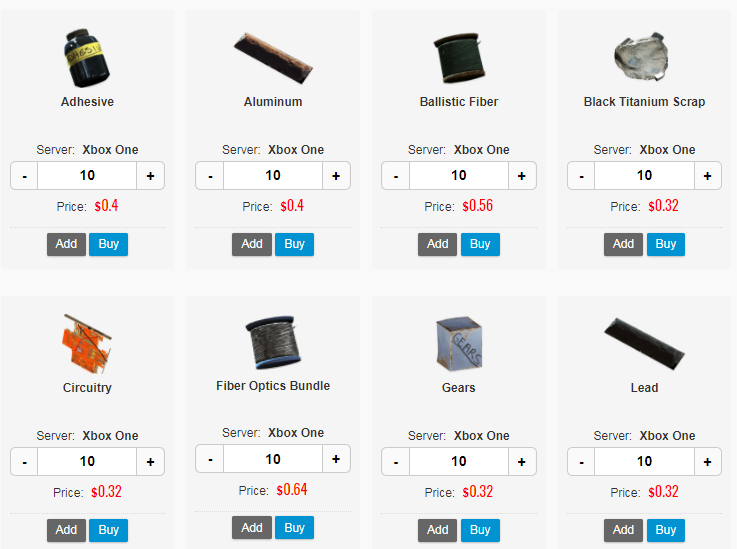 The types of ammunition: Ballistic, Camera, Energy, and Explosive. The following is the list.