The Vinktar Square is a unique Courtyard Map.

In PoE Delirium, The bosses of

Pillars of Arun have had their Life significantly increased.

How to get The Vinktar Square

his item can be acquired through the following upgrade paths or vendor recipes:

To get Tier 15 The Vinktar Square:

The shape of the map is a large square. In each corner, there is a guardian boss of a cardinal direction. After all four guardians are killed, a gate in the center of the map will open. The gate leads to a room with the final boss, the Avatar of Thunder.

it cannot be contained. 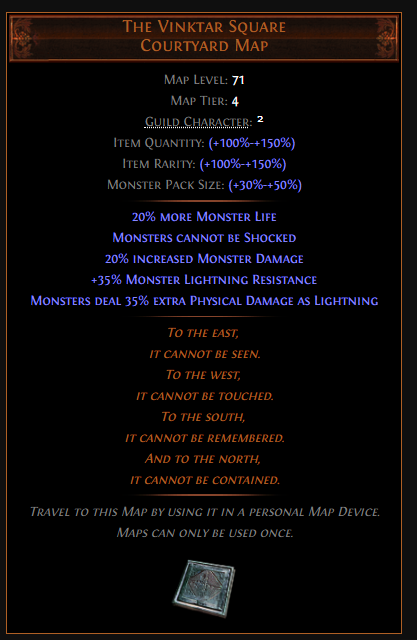