Power Siphon is an attack skill. This wand skill fires a volley of projectiles that are are both empowered by and generate power charges. Projectiles also have Culling Strike. 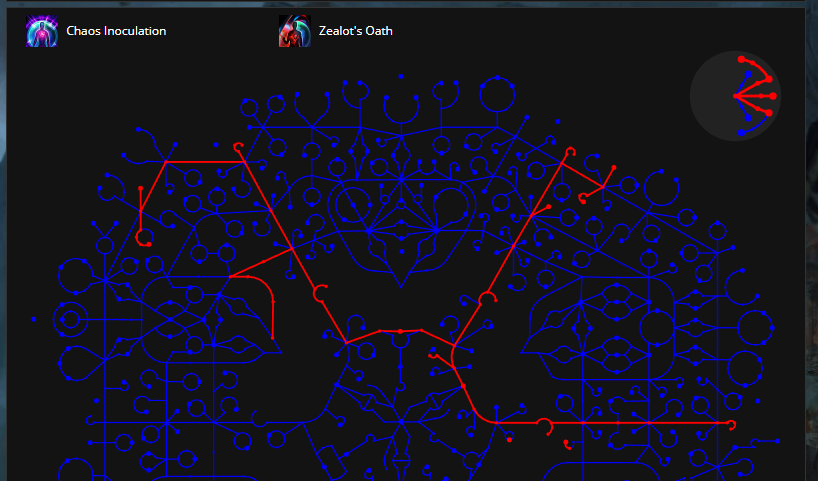 This skill interacts heavily with power charges, benefiting from them more than your average skill while also generating them. Projectiles fired by this skill have a chance to generate power charges on hit against rare or unique enemies. The skill also applies a very brief debuff to all enemies hit that will grant you a power charge if they die. The duration is notably so short that by the time your second attack reaches them it will have expired. The amount of power charges you can gain from this debuff is limited to one per attack, with no exception.

The skill also receives a 10% increase to its critical strike multiplier and 20% increased critical strike chance for each power charge you have. Additionally this skill has culling strike, causing it to instantly kill enemies that had 10% or less life before being hit as well as enemies reduced to that threshold from the hit. This means that a hit that would normally deal 93% of an enemies total life would instead kill them. When dual wielding wands,

Power Siphon will alternate between firing each weapon.

You can exchange 4 Exalted Orbs for a level 21

Power Siphon gem with other players.

For Witch, Shadow and Scion players, it can be obtained by completing The Siren’s Cadence(Act 1) quest.

Power Siphon is 12. You can get it by killing enemies, opening Gemcutter’s Strongbox.