The maximum number of Phantasms that can be summoned caps out at 10 naturally, however, when a

Summon Phantasm Support gem is socketed into the staff, the gem’s phantasm count is added to the total without requiring the ‘on kill’ parameter, bringing the maximum quantity of Phantasms to 21 with a level 21 skill gem.

Soulwrest; it is not necessary to link the sockets together.

Summon Phantasm is not a skill gem, therefore it cannot be supported by 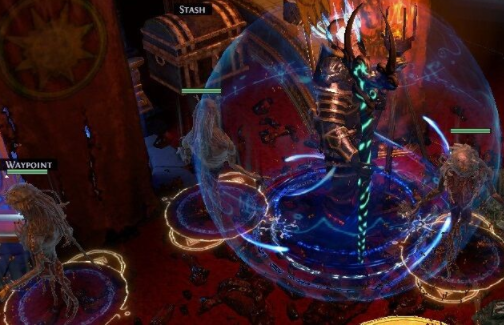