Vaal Orb can corrupt equipment, maps, gems, jewels, strongboxes, and cannot be applied to flasks. Mostly, one wishes the item becoming more powerful. Since a corrupted item cannot be modified again, it has a risk. Corruption may upgrade equipment, and also have a chance to make worse. Sometimes,

Vaal Orb only adds a corrupted property and make the item cannot be altered more. 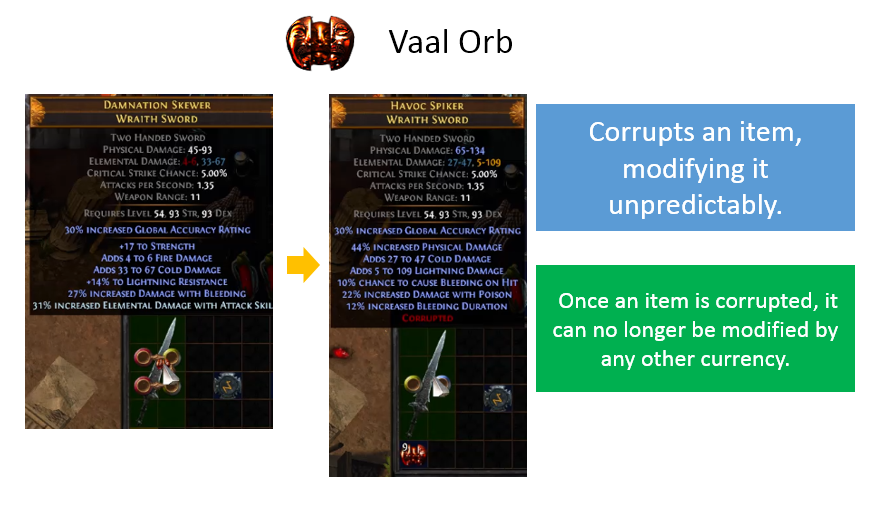 Vaal Orb recipe is my favorite way to farming lots of orbs. Actually, one can loot Vaal skill gems from corrupted areas, certain strongboxes, and bosses of corrupted maps.

Vaal Orb Farming – How to get Vaal Orbs?

Vaal Orb has various divination card and a prophecy that one can be farming. If you have

Chaos Orbs or other currency items, exchange for

Vaal Orbs is also applicable. Mulefactory is another good place for sell PoE Currency and FIFA Coins with discount code.

Vaal Orb is 12 and drop rate is 0.689%. It can be dropped by killing enemies, open chests, and destroy strongboxes.

Farming divination card is a fast way to obtain lots of

Vaal Orbs. The Temple of

Decay is a good place to farming

Vaal Orb divination card, which is connected to The Vaal City. After killing monsters, one has the opportunity that drops The Inventor or The Catalyst. If you wish to farm hundreds of

Vaal Orbs, Ctrl-Click the waypoint, creating a new instance and farming the map again and again.

The Corrupt is a prophecy.

Vaal Orb is equal to either 27 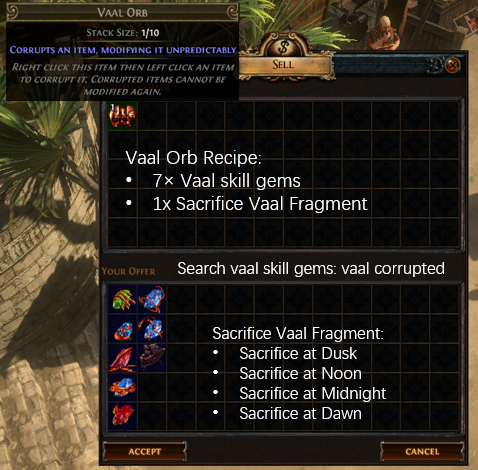 You can obtain orbs by making vendor recipes as well. 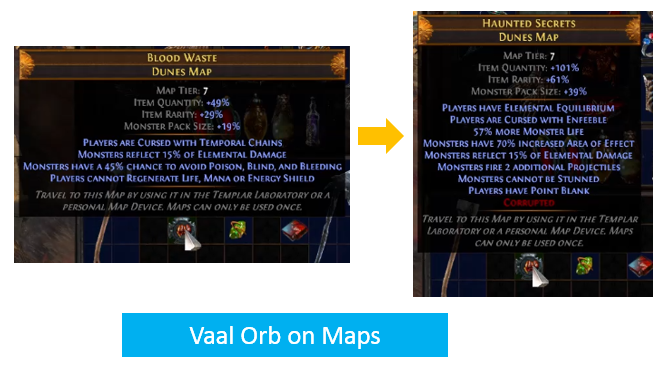 In addition to these effects, all bosses of corrupted maps have a chance to drop Sacrifice Vaal Fragments or Vaal Skill Gems. 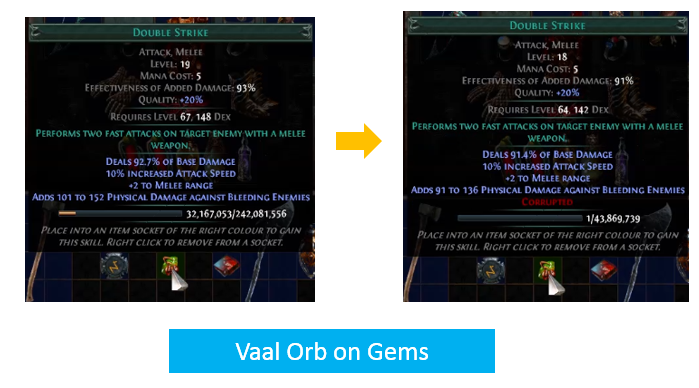 Vaal Orbs on a Strongbox some or all of the items within the Strongbox will become corrupted. Note that unidentified items cannot be corrupted.

Tabula Rasa could not be changed more.

2. Add or replace an implicit modifier

Maelström of Chaos Atoll Map
Result: No effect (other than adding the corrupted property).
(3)

Whakawairua Tuahu Strand Map
Result: No effect (other than adding the corrupted property).

Ewar’s Mirage Antique Rapier
Result: No effect (other than adding the corrupted property). 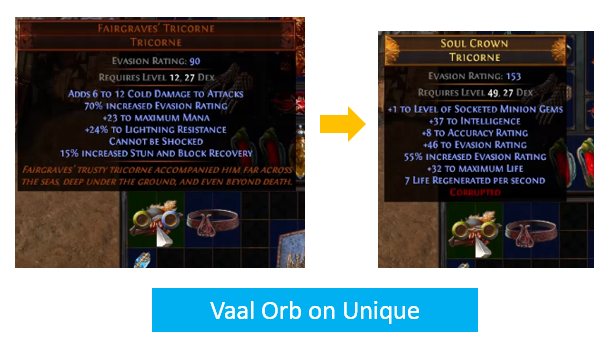