How to get Crackling Lance?

It is now offered to the Witch for completing Sever the Right Hand quest(Act 3), and can be purchased from Clarissa by the Templar, Shadow and Scion. 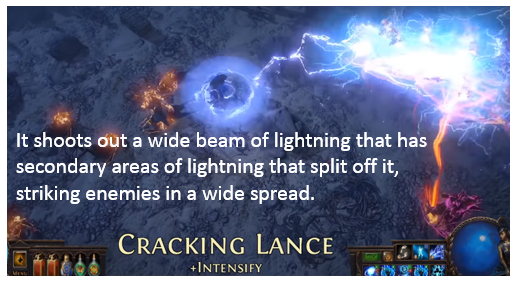 The skill has powerful single target damage capacity when handcast, while having reliable area coverage when used with triggers, totems, traps or mines.

Crackling Lance’s damage bonus is multiplicative with the Intensity support, allowing it to build up incredible single target damage, and its high damage is great for creating very powerful shocks on enemies.