The Tornado Skill chases enemies and pulses with damage. It has a charge-up period where it will absorb damage from projectiles you hit it with. This will cause it to power up, greatly increasing its damage output.

Let's use a level 1 Tornado as an example. 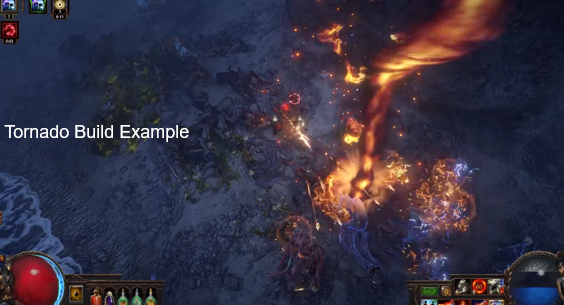 Tornado is now offered to the Ranger and Shadow for completing Breaking the Seal, and can be purchased from Petarus and Vanja by the Scion.

Problem: The Saqawal's Flock Unique Helmet has a skill called Tornado, which is now the name of a new Skill Gem.

Solution: The Tornado skill granted by the Saqawal's Flock Unique Helmet has been renamed to Twister.