Medved, Feller of Heroes, the expedition boss, uses this skill. 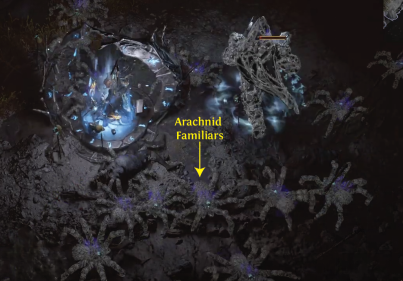 Defeat Medved, Feller of Heroes after he has summoned Arachnid Familiars at least five times

During the boss fight, Medved will dig a hole that periodically summons Arachnid mobs from that hole that will poison on hit. Try not to burst the boss down too fast or you will skip the summoning of these mobs.