Zana's map device options are now unlocked as you complete bonus objectives on your Atlas. These are the League Mods available during 3.13.0.

How to Unlock Zana Mods

Based on the number of completed maps, your map device gains a small bonus to item drop quantity. You can also unlock new league modifiers to add to your map (instead of item quantity) at the time of activation (that is, it does not craft a mod onto the item, but is rather used at the time the map is run).. Each league modifier is free the first time you use it.

Adding league modifiers also gives the player a chance of finding applicable league-specific unique items in the map. For instance, adding the Onslaught mod to a map adds the exclusive uniques from the Onslaught league to the drop pool of that map. While in the map, those uniques can also be chanced from an appropriate base item. The base item itself does not need to originate from the map in question. The composition, order and price of these challenge leagues changes whenever a new challenge league starts. This also means that some league-specific items cannot be obtained during a league. 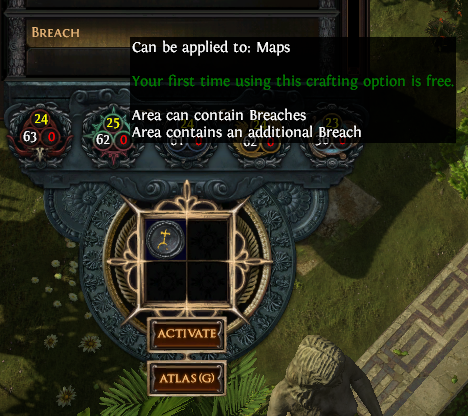