The Twilight Strand is an optional area in Act 6. This area does not have a waypoint and is connected to Lioneye’s Watch. 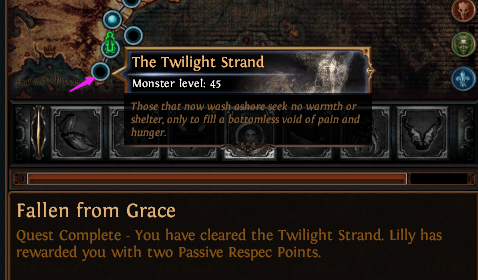 Rhys of Abram is a unique zombie found in the Twilight Strand in Act 6. Like most zombies, Rhys moves slowly and attacks with unarmed strikes. Dark spirits intermittently leap from Rhys, dealing physical damage in a small area of effect where they land. When Rhys is slain, several of these dark spirits leap from his corpse all at once, covering a wide area. 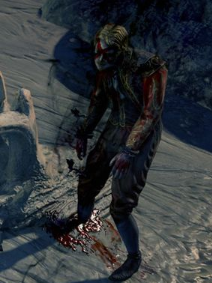 Noble Dead is a zombie found in Act 6. Like most zombies, Noble Dead moves slowly and attacks with unarmed strikes. When Noble Dead is slain, a dark spirit leaps from its corpse and deals physical damage in a small area of effect where it lands. 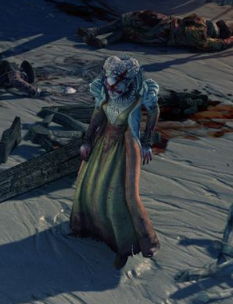 Quest Complete – You have cleared the Twilight Strand. Talk to Lilly for a reward. 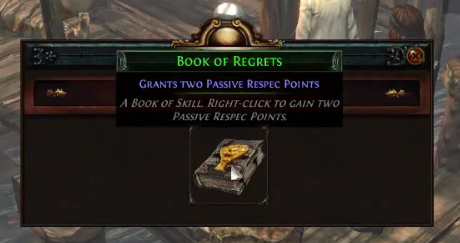