Kirac’s Memory of the Pantheon PoE

Kirac’s Memory of the Pantheon

Shrines Guarded by Pantheon Monsters include one Rare Monster with God-Touched Modifier.

The domination Atlas memory thrusts you into a tale of Pantheon gods that stand watch over their shrines like regular shrines. These are guarded by monsters and emitter buff that empowers the monsters until you claim that buff for yourself. This Atlas memory introduces a new set of shrines with specialized Buffs Guided by rare monsters that drop tantalizing Rewards. 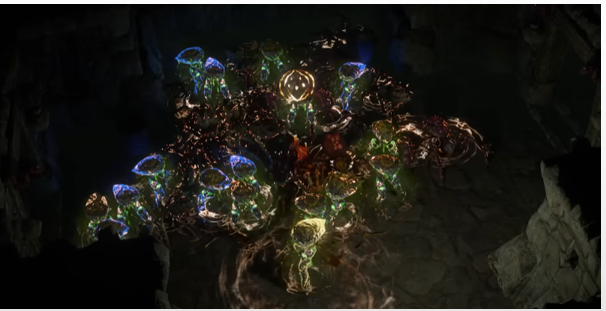 Atlas Memories offer a way to explore endgame content and earn very valuable rewards without having to specialise your Atlas Tree for it.

In high-level maps, you’ll very rarely find a Memory item, which represents a set of memories that Alva, Niko, Einhar or Kirac has. They will provide a sequence of maps for you to explore as you relive the events of their past. These highly challenging and rewarding Memories can either be applied to your Atlas or traded to other players.