Act Seven is Path of Exile’s seventh storyline act, and the second act of Part Two. In this act, the exile lands at the broken bridge that was once ruled by Kraityn. Now the bridge is home to Yeena, Helena and Eramir, who fled The Forest Encampment after the gods returned. Sin asks the exile to acquire the soul of Maligaro, who is hiding in his own realm. Meanwhile, the Vaal gods have been released and are tormenting the remaining inhabitants of the Forest Encampment: Greust has been possessed by Ralakesh, and Silk has wandered into the forest and gained a new obsession for spiders. Act 7 covers monster levels 51-54.

The Bridge Encampment is the town for Act 7 and is connected to The Broken Bridge and The Brine King’s Reef. Like all towns, it has a Stash/Guild Stash, Noticeboard, Event noticeboard and Waypoint. 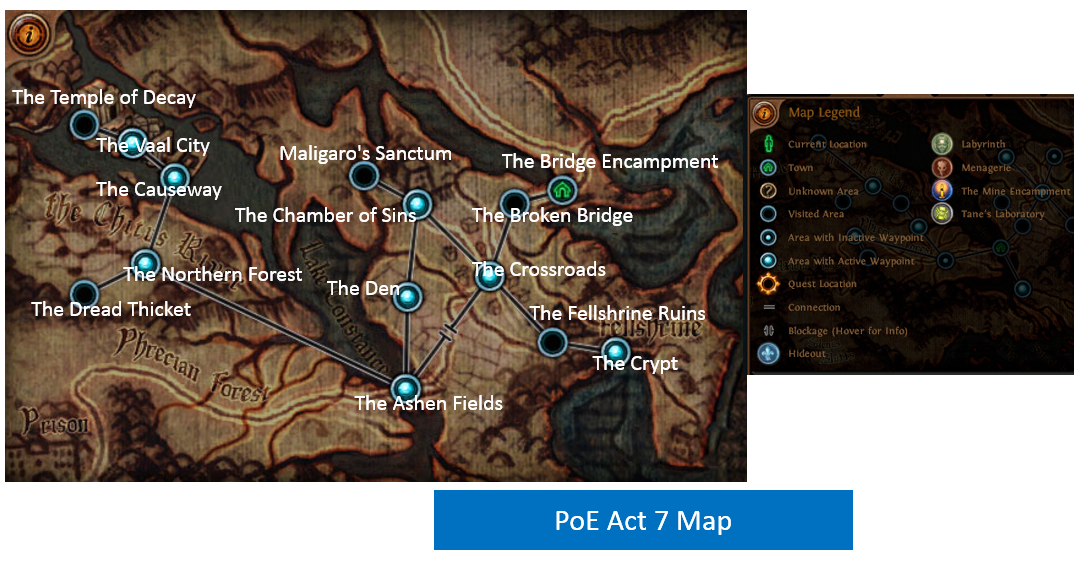