A Blueprint can be taken to the following NPCs to inspect its layout. Initially, only one wing is revealed and some of the reward rooms and escape points will be locked. You can use one Blueprint Reveal and a payment of Rogue’s Markers to reveal details of it.

A revealed Blueprint will indicate which rewards are available from Curio Displays(Grand Heist reward rooms) but you won’t be able to tell what rewards are in chests, lockers and side-rooms along the way. Any unrevealed wings or rooms will not spawn when performing the Grand Heist.

You can reveal a single room or multiple rooms at the cost of Marker currency items. By doing it, You can find what items are in the room. Then, you can decide whether it worth looting.

You can reveal a Wing or the entire Wing at the cost of Marker currency items. Normally, it contains an escape route and other valuable items details.

1.3 How much of a Blueprint do you have to reveal before you can run a Grand Heist?

You can completely skip revealing anything on the Blueprint and jump right to locking in which NPCs you’ll take, but you’ll miss out on a lot of the value of the Blueprint in doing so. You can unlock as much as you want or can afford. The more you unlock, the more you’ll reap from your Grand Heist.

2.1 How to complete a Grand Heist

Blueprints can be taken to Whakano, the Barber, Niles, the Interrogator, or Gianna, Master of Disguise to inspect its layout.

Blueprints can then be taken to the Planning Table to assign your Rogues to it. Each wing requires three Rogues with the qualifying skills to be assigned to it. Assigning additional Rogues will increase the fee required to perform the Heist. You can then confirm the plans to lock in your plans. Once you confirm the Blueprint, you cannot reveal additional details or change your Rogue assignments. You can still modify the Blueprint’s affixes after you’ve confirmed the plans, however.

Take a Blueprint to Adiyah, the Wayfinder.

The target item, inside a Curio Display, will be a selection of Blueprint rewards: Experimented base types, Replica unique items, weapons or body armour with an enchantment, Thief's Trinkets or currency (listed in the item description) instead of an item that can be sold for Rogue's Markers. You can only take one before Lockdown begins.

2.2 Complete a Grand Heist which has at least three Wings revealed

2.3 Complete a Grand Heist while at least six Rogues are recruited

You can have 3 different Rogues in both wings. Or, you can get a blueprint which requires 6 different abilities, then choose at least six Rogues. You can search these blueprint at PathofExile Trade

2.4 How often will I complete a Heist or Grand Heist?

You’ll have access to one Contract per area on average but the amount you get is affected by standard drop multipliers. You can get many per area in well-rolled maps. You’ll access a Blueprint for a Grand Heist approximately once per act or around every 12 maps. It’s a similar level of content access to Incursions and The Temple of Atzoatl, except you can wait and run them when you feel like it without losing progress. 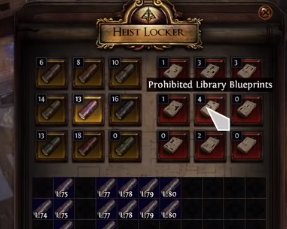 What rewards you’ll get before you run a Grand Heist? A revealed Blueprint will indicate which rewards are available from Curio Displays but you won’t be able to tell what rewards are in chests, lockers and side-rooms along the way.

One of the exclusive rewards you’ll be able to steal from Grand Heists are Trinkets, which go in their own new equipment slot. These magical items influence what rewards you’ll find from future Heists you run. Some of their modifiers affect the items dropped by enemies and chests, while others modify the rewards you could obtain from a Heist’s special reward chests.

Alternate Quality Gems come from Grand Heist reward rooms and provide even more depth for existing Skill and Support Gems. Each existing Path of Exile gem has up to three Alternate Quality versions which grant different quality bonuses than the original gems. Some simply increase the power of the gem while others entirely change which builds most benefit from the gem.

Other rewards you can claim from Grand Heists are Replica Unique Items. Replica Unique items result from attempts to re-create unique items of legend, where the end product has a few crucial differences. They’re often appropriate for entirely different character builds than the original item. 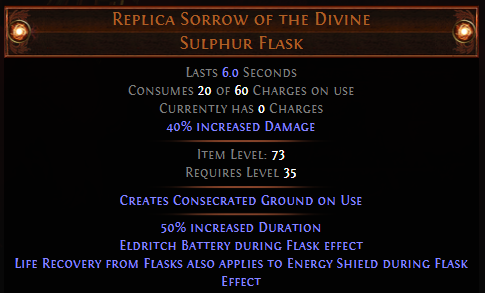 Experimented Base Types are a variety of new item base types that have exotic properties that differ from their core-game counterparts. 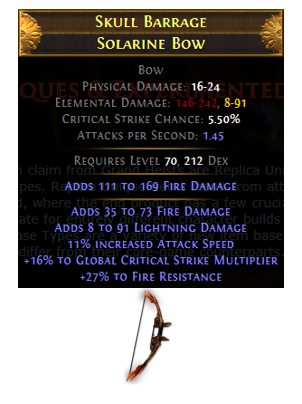 The final type of new reward available from Grand Heists is a selection of Weapon and Body Armour enchantments. These enchantments come on unnaturally-powerful rare items and affect the magnitude of modifiers on those items. Some of these enchantments are so powerful that they involve substantial drawbacks. 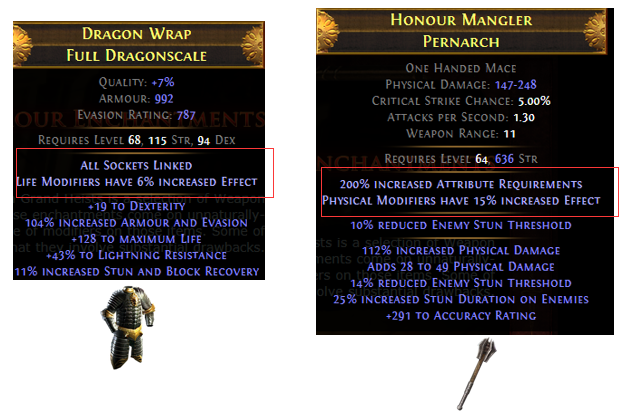