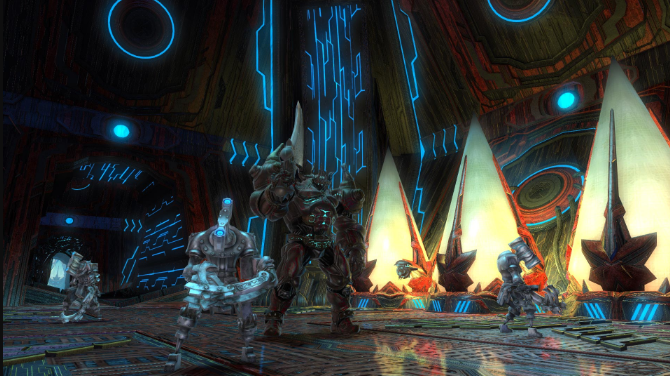 In the late Third Astral Era, when the ancient Allagan Empire was at the zenith of its glory, researchers toiled deep under the Crystal Tower to uncover secrets which might uplift their motherland to even greater heights. Their laboratory was dubbed Eureka Orthos, where impossible concepts of immortality, cloning, and dominion over the divine were made reality. So fantastic was this research that the legend of Eureka has endured through the ages─and it now falls to the star’s foremost adventurer to bring the laboratory’s buried secrets into the light of day.

Eureka Orthos is a level 81 deep dungeon introduced in patch 6.35 with Endwalker.

All players will begin at level 81, and only by fighting the enemies within will they be able to gain the strength and experience needed to explore its depths.

Players who choose to leave and return later can continue playing from where they last saved.