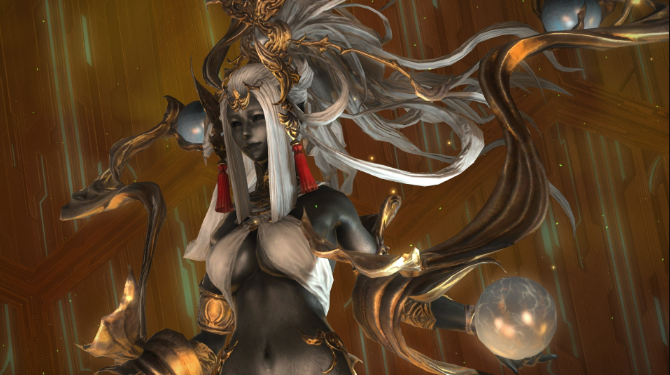 As ever, the faux commander craves tales of death-defying derring-do, and in a bid to satisfy him, you cast your mind back to your frenetic encounter with the eikon Sophia. The memory remains vivid even now, and you find yourself facing the Goddess once more, your very survival hanging in the balance…

Sophia utilizes the following moves and mechanics throughout a total of three phases.

For the most part, Phase 3 is very similar to Phase 1, apart from a few new additions.

The best approach to this mechanic is to always move towards the opposite side of any Blue Meteors and stand at the very edge before the arena tilts.