Vaal Molten Strike is a Vaal melee attack skill that strikes an enemy, with some of the physical damage converted to fire damage. Using this skill causes multiple molten ball projectiles that land to deal damage in a small area and bounce outward in the same direction based on the number of additional chains.

Here’s an preview of Vaal Molten Strike and Vaal Smite. 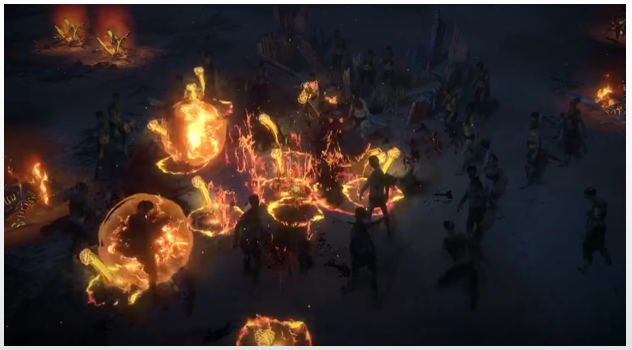 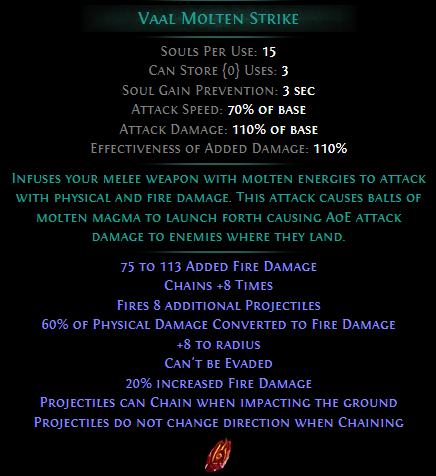