Vaal Volcanic Fissure is a Vaal melee attack skill. Upon use, the user slams the ground, creating a fissure that deals damage while travelling, and erupts at its target, releasing a burst of molten projectiles. Afterwards, it will continue to travel towards other enemies and erupt several times.

How does Vaal Volcanic Fissure work against single targets? 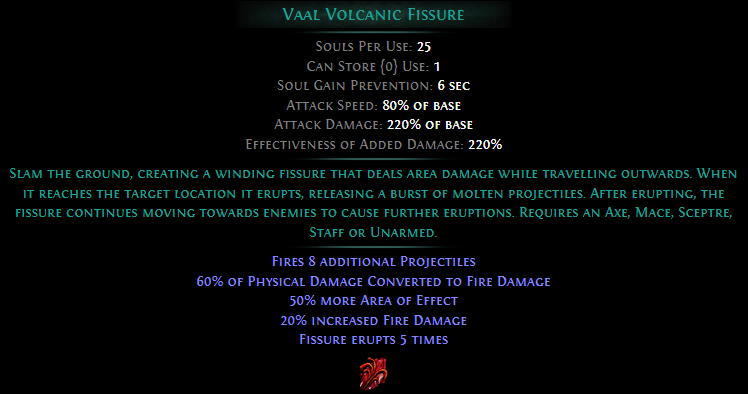