Vaal Smite is a Vaal melee attack where the user strikes an enemy or location, dealing area damage to several nearby enemies. Hitting an enemy grants an improved version of the Smite aura buff which has a longer duration and higher added lightning damage. The aura buff also causes the regular version of Smite to strike an additional target with lightning. Requires a Sword, Axe, Mace, Sceptre, Staff or Unarmed.

Vaal Smite has more damage than regular Smite and its aura has a longer duration that has higher added lightning damage. It also generates lightning bolts that strike another target.

Here’s an preview of Vaal Molten Strike and Vaal Smite.

Why is Smite's text different, and what has changed about the skill hitting enemies?

There is no functional change to Smite's behaviour. The text on Smite primarily changed because the old wording only discussed hitting a target with both the lightning and melee, but did not explain that additional lightning bolts (already possible with an enchantment, and more common now from Vaal Smite's Aura bonus) also couldn't damage the same target twice (Note: Vaal Smite itself does not have this restriction). The new wording is also shorter, which is important because the Vaal Smite gem popup is quite big.

Smite currently has a case where an enemy can be hit by both the melee damage from an additional strike target (such as from Ancestral Call), and the damage of the lightning bolt which is associated with your primary strike. This goes against what the new wording of Smite says, but it also goes against the old wording, so the wording is the same amount of inaccurate. This behaviour is unintended and caused by a subtle timing issue relating to Smite's animations, but is not changed in 3.20.0 and we do not currently have specific plans to change it. 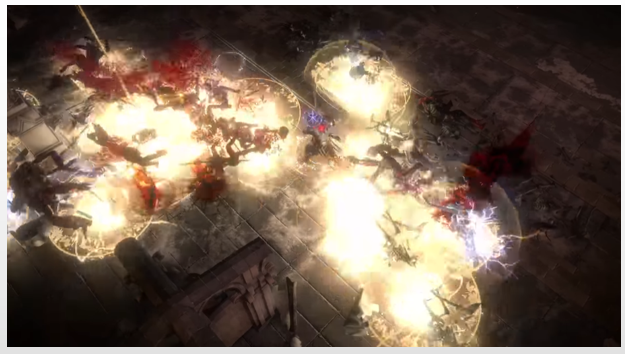 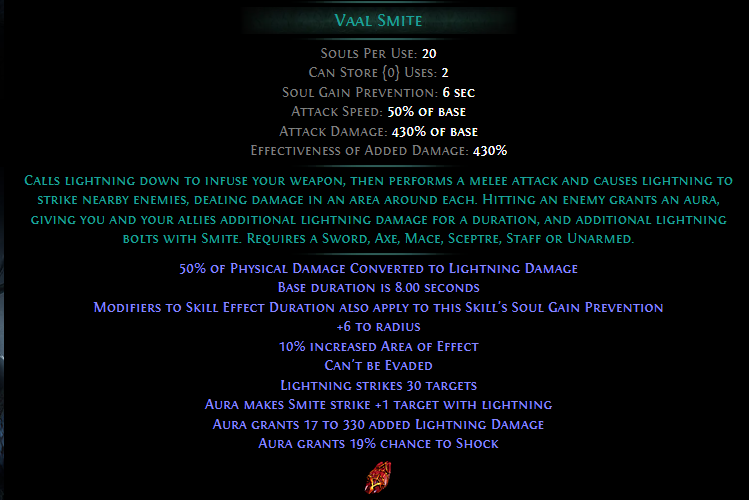