The Front Line is a unique

Small Cluster Jewel. Among the spoils you may find Cluster Jewels. Cluster Jewels are a class of jewels that can be socketed in the outermost sockets of the passive skill tree. These jewels extend the skill tree by creating new clusters of nodes, which can contain basic nodes, notable skills, and even keystones. They can also create more jewel sockets which can support smaller cluster jewels.

It adds the keystone Veteran's Awareness to your passive tree. Place

Calamitous Visions into an allocated Small, Medium or Large Jewel Socket on the Passive Skill Tree. Added passives do not interact with jewel radiuses. Right click to remove from the Socket. 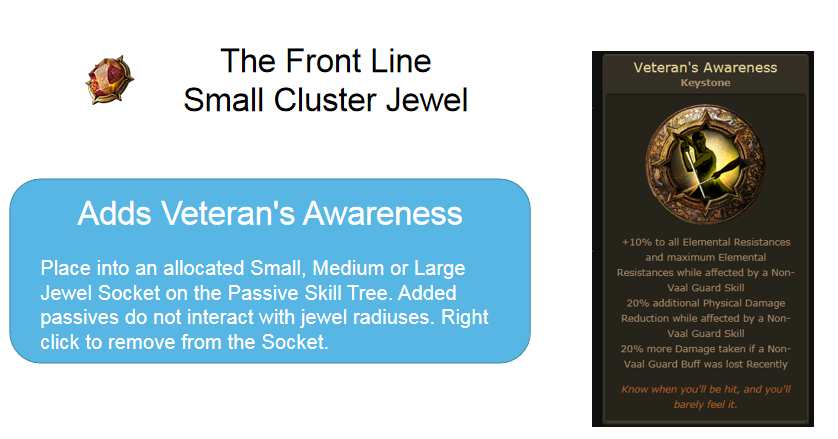