Did some testing on this item; Dual-wielding them doesn't give you twice the stacks. Added Damage is based off the Phantasm Gem itself. At Gem lvl 1 it was ~1-2 add phys per phant Lvl 14 ~20-34 and Lvl 19 ~26-39 per. This counts as a character buff so doesn't matter what skill has the phant gem all spells on you are affected. Take the numbers with a grain of salt but I hope this helps anyone wanting to try it out!

The popularity of The Black Cane is 0.2%.

Winter Orb(7K). These are the support skill gems for it: 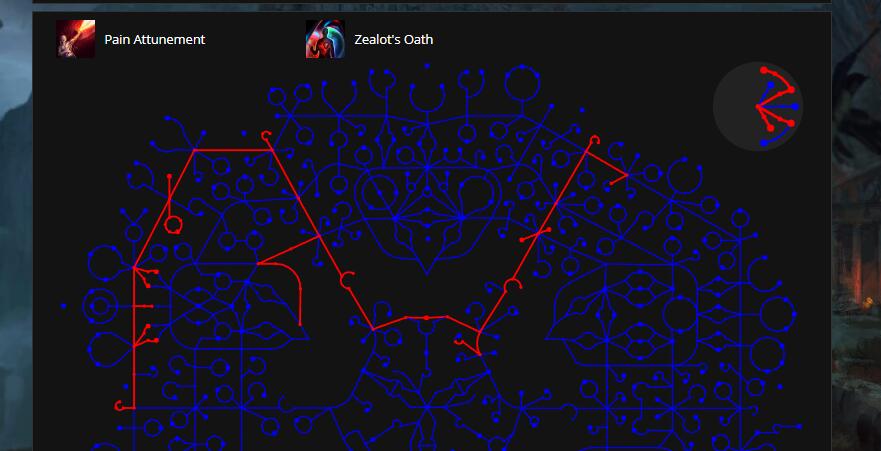 Phantasmal Might is a buff granted by The Black Cane which grants additional physical damage to spells. 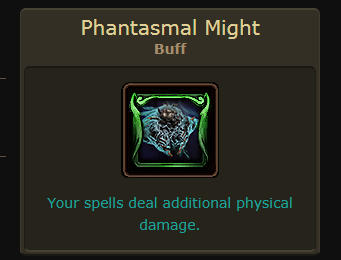 I was thinking how to exploit the newest item, Black Cane.
On paper it seems average; the mod doesn't stack over two canes and is an inherently hybrid skill.
I believe I have at least part of the key to make it godly.

Tl;dr Ultimately I believe as such as a Black Cane user would be an Arakaali's Fang offhand and Soulwrest weaponswap, Mother's Embrace belt Assassin that uses a physical or converted physical spell for poison. I get to like 10 mil shaper PoB Blade Vortex damage, but granted I take it with a grain of salt, it being an poison assassin.

Got the Black Cane and Build with it

Sadly the item itself does not show how much phys. damage added per stack of Phantasmal Might.

My tests were pretty simple and we can't define anything by that, but until now i can say that the Black Cane > 2x Cold Iron Point for Phys. spells build.

I'll be leveling for more 6-8 hours, probabily will get 85 before getting to bed, if you want to add me ingame to discuss the progress i can PM you my in-game name.

When you make Arakkali's Fang a "casting" dagger

I fucking love the complexity of this game. A fun interaction that I came across while theorycrafting is the Mantra of Flame works with the new Unique Black Cane because it gives you a buff for each phantasm, but it worked better than I guessed because each phantasm gave me a seperate buff in Mantra's eyes. This meant I could easily get 10 stacks for mantra by just having phantasms. So I set off to scour the wiki for more stackable buffs and remembered one of my favorite uniques gave a buff per spider. Low and behold it gave me a Stack for each of my 20 possible spiders =D. I'd love to hear any suggestions or other ideas that may have the same concept of this that I may have glanced over.

After experimenting with using both weapons in POB, the physical damage from Black Cane is much higher, although in practice it would be hard to ramp this damage against bosses. Pathfinder and Writhing Jars could help, but you'd also need to link it to another skill, possibly to Raise Spiders in Arakaali's Fang. Otherwise, with 11 phantasms, the best way to scale this build would be a physical to fire spell such as Purifying Flame, with 2 Circle of Anguish for the Herald of Fire buff effect. Mantra of Flames and Anger would only provide about 6% more damage each, so it might not even be worth it to build around Mantra. If so, Earendel's could be a better weapon to wield than Arakaali's, for the guaranteed Covered in Ash (if not playing as Chieftain). Or maybe another setup would work better for Arakaali's Fang and Mantra of Flames, possibly with Consuming Dark so the spiders serve as an easy source of wither stacks.

The following is the price of the The Black Cane Royal Sceptre. You can obtain it by exchanging a

The Black Cane Farming – How to get it?

Drop from the Conquerors the unique bosses. It cannot be chanced.