Trarthan Powder is a quest item located in The Refinery in Act 9. It was located in a Theurgic Precipitate Machine that behind the boss room of the area.

Basilisk Acid is a quest item that was dropped from The Basilisk of The Boiling Lake in Act 9.

3. Kill The Depraved Trinity in The Rotting Core 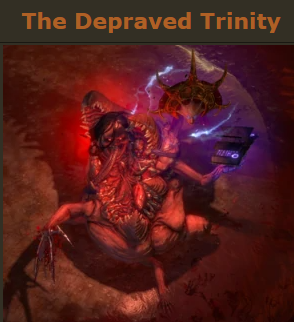 Quest Complete – You have killed the Depraved Trinity. Now talk to Lilly to gain access to Act 10.