The Atlas is split into 8 different regions, each affecting a Watchstone or Conqueror's area of influence and what item bases can drop. 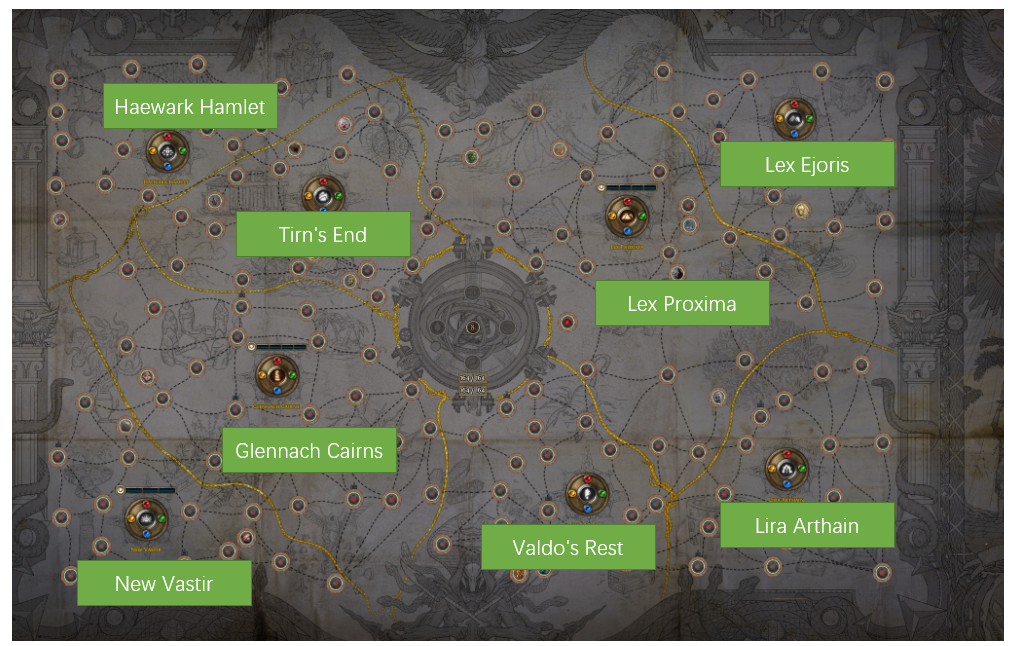