Beyond Demons are interdimensional unique monsters introduced in Forsaken Masters for the Beyond league. When you kill a monster, there is a chance that a small crimson orb appears on the ground. If four of these appear close to each other (roughly one screen), they open portals that spawn regular demons. They are quite tough. If these die, they have a chance to leave some kind of organic bloody fountain on the location where they were spawned. If three of these appear close to each other, they spawn a unique boss that’s extremely difficult to kill or even escape.

After the Beyond league ended, Beyond Demons were not added to the core game. They can still spawn in maps altered by Zana’s map device and are available as a map mod. They also appear in magic packs with the Voidspawn of Abaxoth Bloodline mod. 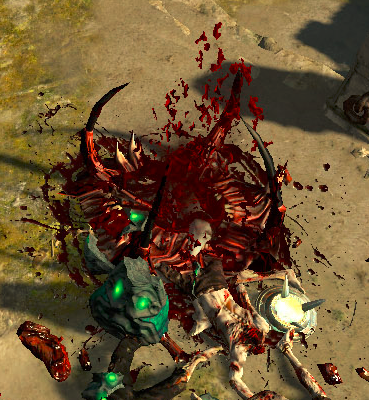