Gain the Acceleration Shrine buff is a PoE Heist Challenge.

Shrines can appear randomly in most areas, granting significant bonuses to nearby monsters or casts spells at nearby players, and are often guarded by monsters. Players can steal the shrine to gain its bonuses for 45 seconds or until leaving the area. Players can have any number of different shrine effects at once.

Action speed is a modifier affecting animation speed. This effect stacks additively with other modifiers like 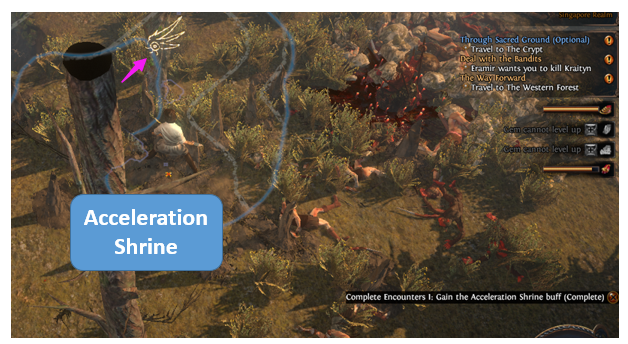