The following is an example: 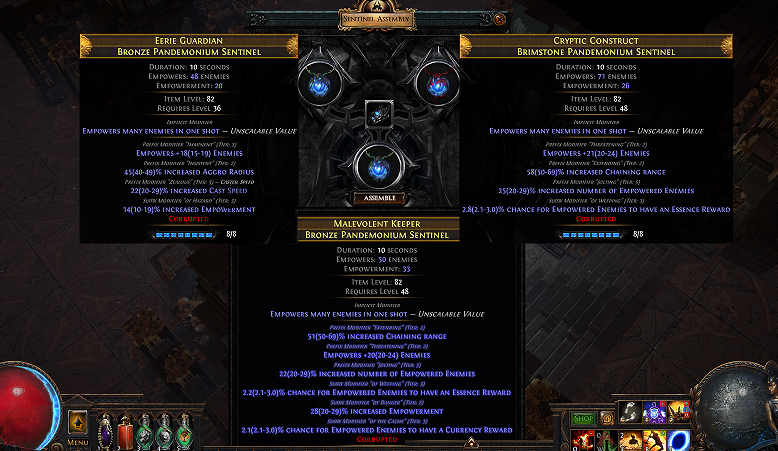 Right-clicking a Power Core opens up the assembly screen. If you insert two Sentinels and click the Assemble button, a new, fully-charged one will be created. This process is a complex and unpredictable one that can either inherit properties from the input Sentinels or potentially produce new ones that weren’t based on either of them.

For example, the base type of the Sentinel could be either the left input sentinel, the right input sentinel, or an entirely new one that can’t spawn naturally and can only come from this process. 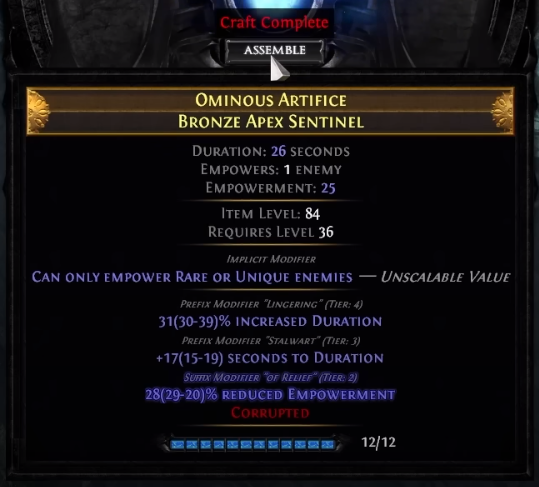 The same applies to its modifiers – you generally get a mix of modifiers from the two input Sentinels, but sometimes they have their tiers upgraded or entirely new mods added, occasionally including ones that are exclusive to the assembly process. The end result is that you’re usually getting Sentinels that are similar in function to the depleted ones you are combining, but occasionally mutate in new ways, producing results that unlock more power and possibilities.

The best Sentinels in the game will come from lucky combinations of depleted Sentinels that have just the right mods. It’s also possible to assemble two Sentinels directly into one of many valuable unique Sentinels.

Assemble Sentinels in each of the following ways.