Volcanic Fissure is a melee slam attack skill. Upon use, the user slams the ground, creating a fissure that deals damage while travelling, and erupts at its target, releasing a burst of molten projectiles.

Volcanic Fissure is now offered to the Marauder for completing The Siren's Cadence, and can be purchased from Nessa by the Marauder, Templar, Duelist and Scion.

Volcanic Fissure is a new fiery slam skill that can be used with staves mesa’s axis and unarmed attacks strike the ground to create a Chasm that winds towards your target. This Chasm can pass around corners before erupting it. So fissure gets as close as it can reach. It releases a burst of fiery projectiles that explode on striking the ground. Enemies hit by multiple impacts will take a lot of stacked damage use it up close for Reliable bursts of damage or aim fire away to damage a larger area. 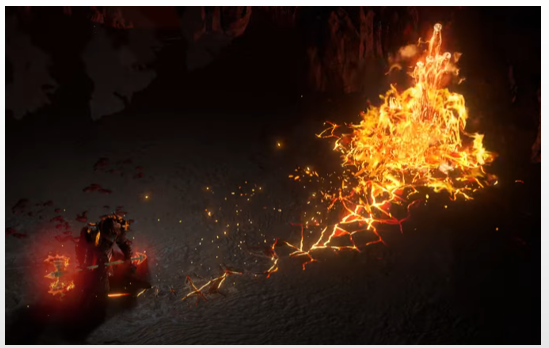 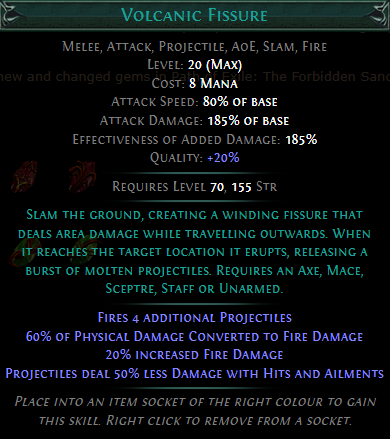