Vaal Cleave is a Vaal melee attack that deals damage with all equipped weapons to enemies in a 180 degree arc in front of the player. When dual wielding, equipment requirement applies to both weapons, and each weapon does reduced damage. Requires an axe, sword, two-handed axe, or two-handed sword.

This skill has a culling strike effect. Killing a Rare or Unique Enemy with a hit will grant a buff that causes regular Cleave to have 60% more AOE, deal 60% more Cleave Damage to enemies on Low Life, and grants Culling Strike with Cleave.

Killing a Rare Enemy will also steal its monster modifiers for a duration (similar to Headhunter). Both the Cleave buff and the monster modifiers can be scaled with modifiers to duration, at the cost of increasing Soul Gain Prevention. 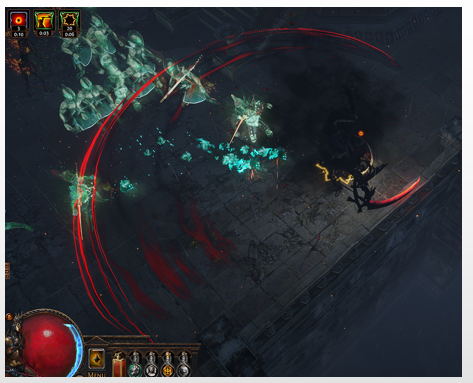 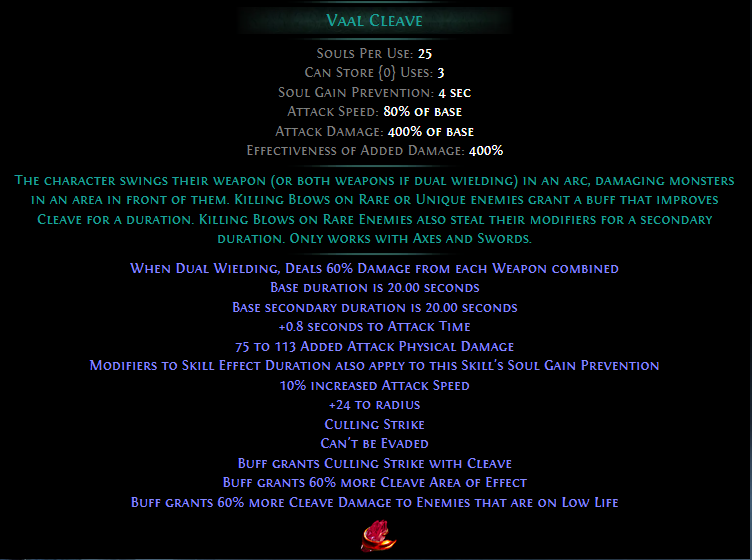