Primeval Chamber in the Azurite Mine

How to find Primeval Chamber

Primeval Ruins is one of the city biomes of the Azurite Mine. It is a relatively rare biome, that has a chance of containing valuable rewards and boss fights, as the golden borders around the biome indicate.

The Primeval Chamber node can be re-visited, however, player cannot revisit the room below. The door to the room below is tied to the first instance only. Regenerate the node instance will wipe the access of the room.

Room below the surface level

The rooms below the surface level of the node, contains the six linked sockets Crafting Bench recipe.

The room is also similar to Ruined Chamber (from Vaal Outpost biome) Delve nodes with light pads that need to be stood on for a few seconds to clear the monsters.

It appears to be a great place to obtain maps due to the possibility for Abandoned Charts chests and can contain 3 or more of these chests in the area. 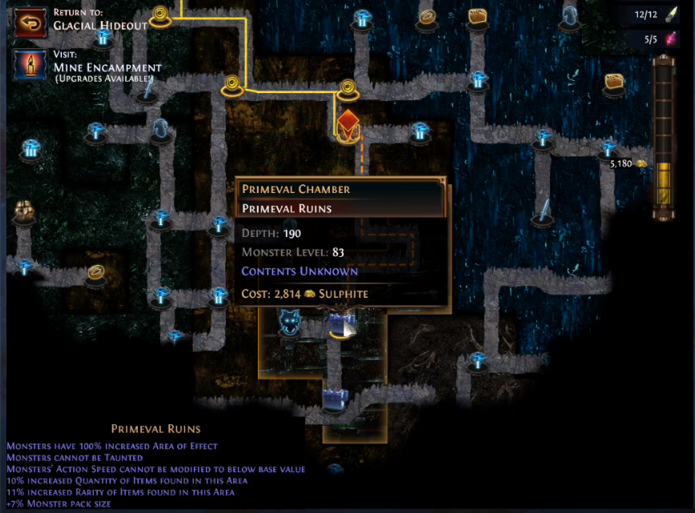