PoE Heist has reworked the

Punishment Skill so that it now causes enemies to take increased damage while they are on low life and explode with overkill damage when they die. 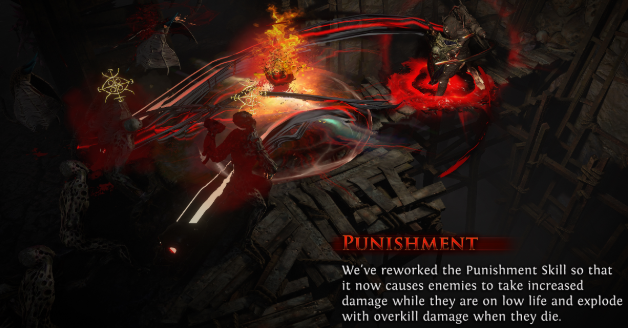 It curses all targets in an area, causing them to grant a buff to anyone they hit with melee attacks. The buff grants more Melee Damage and increased Attack Speed.

The following helmet enchantments are related to