Paglth’an is an arid region on the southeastern side of the continent of Aldenard, lying east of Thanalan. It is the homeland of the Amalj’aa beast tribe. 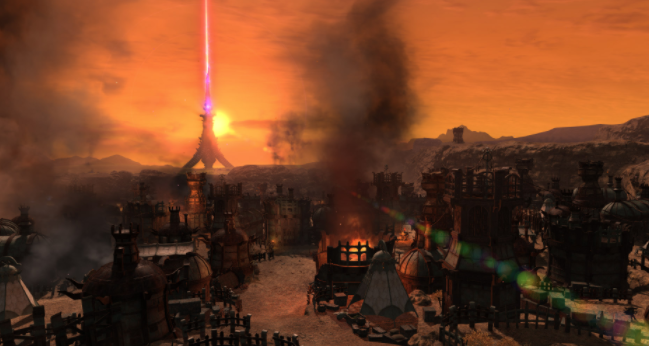 Though the herding of livestock keeps the nomadic Amalj’aa constantly on the move across the sweeping plains of Paglth’an, the permanent settlement of Zolm’ak offers respite for the weary and a venue for gatherings both political and social. Yet without intervention, it may not long be so… 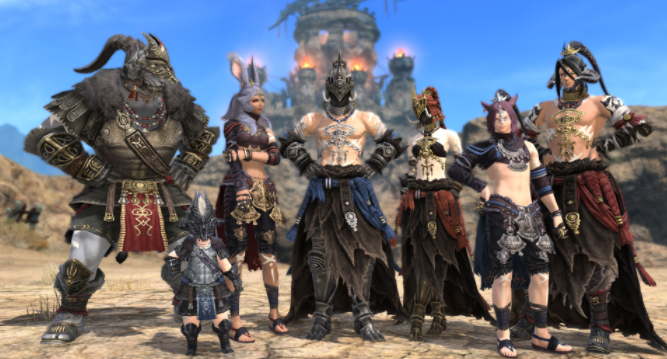 Paglth’an (パガルザン [pagalthan] in Japanese) is an arid area to the east of the Thanalan region. It is home to the amalj’aa race. To the north lies the Yugr’am River and to the south-west the Bay of Dha’yuz.

Not much else is known about Paglth’an. The only time it is mentioned in the game proper (version 1.x) is when the player and their path companion travel to the ‘gates of Paglth’an’, which just so happens to be in western Broken Water. From there they are brought by the Amalj’aa to an area said to be in Paglth’an, and return from there to the same spot in Broken Water.
Judging by the similarity of the Ifrit battlefield to the area said to be in Paglth’an in that quest, the battlefield might reside in Paglth’an as well. There is no concrete evidence of this and the battlefield is accessed through an unstable aetherial gate. 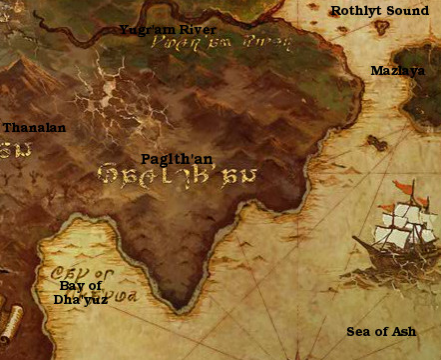