A new arena, the Clockwork Castletown, has been added in FFXIV 6.3. 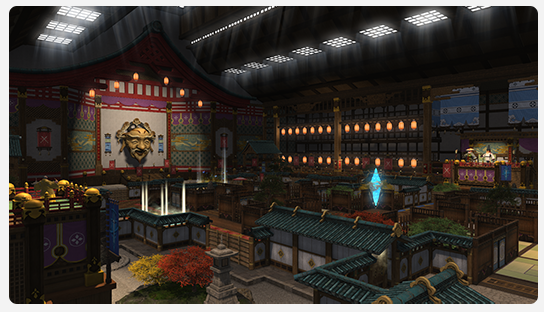 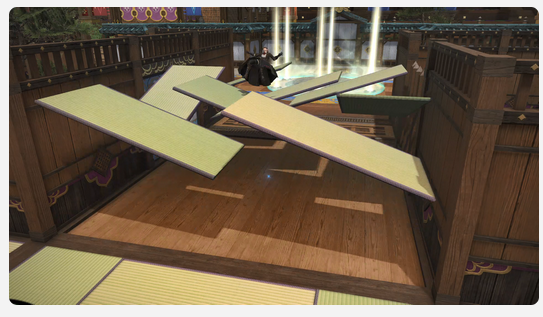 Standing upon a trick floor for too long will trigger a Tatami Twist, launching the unwitting loiterer into the air and inflicting damage. 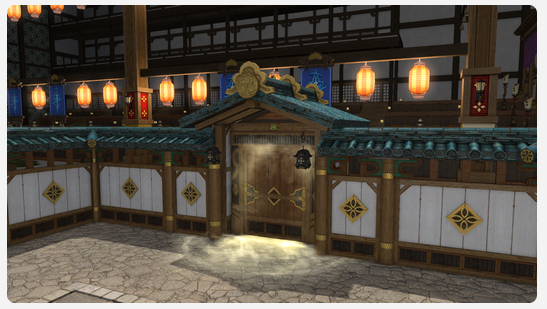 Players who approach these false gates will find themselves teleported instantly to another door, far away from their expected trajectory. Trick doors only operate in one direction, so attempting to return the way you came will prove fruitless. 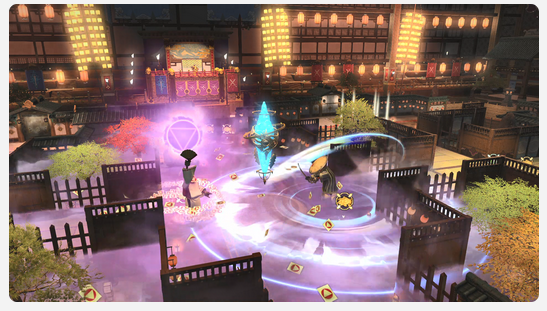 Commencing after the match is well underway, the pneumatic parade triggers the appearance of certain events and NPCs.

The clockwork yojimbo travels a predetermined path through the arena and unleashes strong physical attacks upon arriving in the vicinity of the centerpoint, checkpoints, and goals.

The clockwork onmyoji travels a predetermined path through the arena and debilitates players with its gaze upon arriving in the vicinity of the centerpoint, checkpoints, and goals. Players who meet its gaze will be greatly shrunk in size, deal less damage, move slower, and take greater damage.

Kageyama will appear upon a stage outside the arena and shower combatants with coin. Players who get their hands on a pile of gold will have their limit gauge filled.